Biden and Juncker: sanctions against Russia should be tied to full implementation of Minsk accords 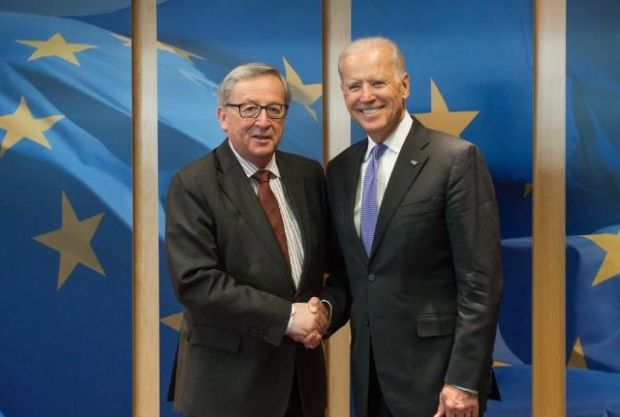 "On Ukraine, the two leaders agreed that sanctions on Russia should be tied to full implementation of the Minsk agreements, and that Ukraine needed to move forward expeditiously with further economic and anti-corruption reforms," the report says.

The Vice President and President Juncker discussed the need for the United States and EU to cooperate in dealing with the European migration crisis as well as coordinate diplomatic efforts to seek a political resolution to the Syrian conflict.

On energy security, the two leaders discussed the need for energy diversification and full application of EU competition standards.

Finally, the Vice President and President Juncker both underscored the importance of rapidly concluding a replacement to the Safe Harbor framework, which is vital to both the U.S. and European economies.