The Russian Federation has decided to buy used Turkish vessels to ship cargo to Syria, the Main Directorate of Intelligence of the Ministry of Defense said. 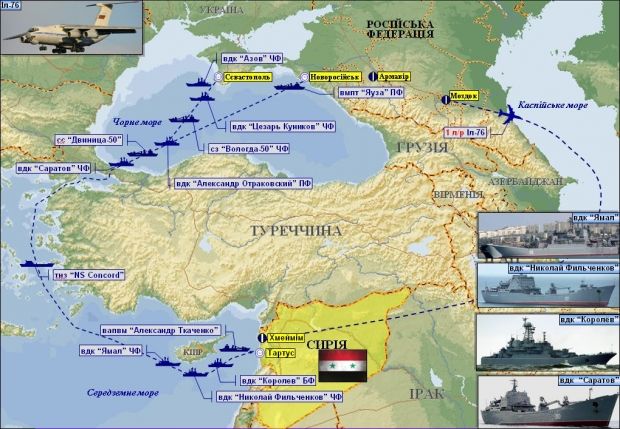 Thus, the Russian command is trying to reduce the load on the landing ships of the Russian Navy, which have actually exhausted their resources.

"As of today, Russia purchased eight vessels, two of them – Vologda-50 and Dvinitsa-50 are already being used. The others will also be involved in cargo transportation by sea in the near future," the report says.

As UNIAN reported earlier, Main Directorate of Intelligence of the Ukrainian Defense Ministry reported about numerous cases of viral hepatitis infection among Russian military in Syria.

"Mass viral hepatitis infection has been recorded among servicemen of the Russian Armed Forces in Syria. Infected troops are immediately transported by air to the airfield in Mozdok," the report says.