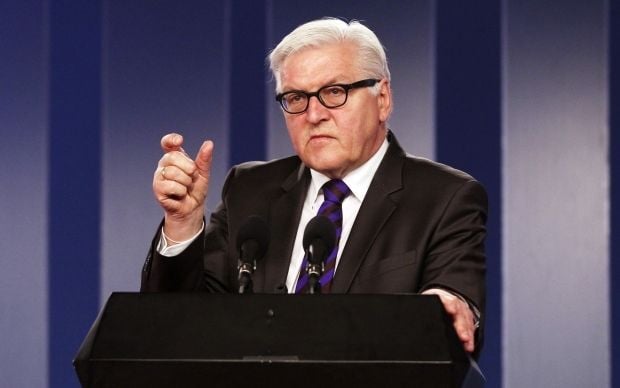 “Russia triggered the whole conflict. And for the long time they ensured that we would not make a millimeter of progress. At the last negotiations in Berlin and Paris we saw a movement towards making more progress. But that’s because Russia’s priorities have moved, said Steinmeier.

"They are now much more interested in a military build-up in Syria. So they are may be focusing on their efforts in Syria and taking their attention away somewhat from the Ukrainian conflict,” he said.

He noted that “whatever the reason of this may be, the last meetings with Ukraine and Russia have been much more constructive than the previous meetings. The unilateral local elections on the part of the separatists have thankfully been postponed. Because, if it had happened, the Minsk process would have slipped from our hands entirely. So, we’re going to continue working on trying to keep this process up and running.”

Read alsoSteinmeier: Law on Donbas special status should enter into force on election day"In the European Union we face the issue of how we deal with sanctions. The debate hasn’t really even got running, and it’s entirely dependent on the implementation of the Minsk process. So we need to see how we connect progress with sanctions with progress in the Minsk process,” Steinmeier said.