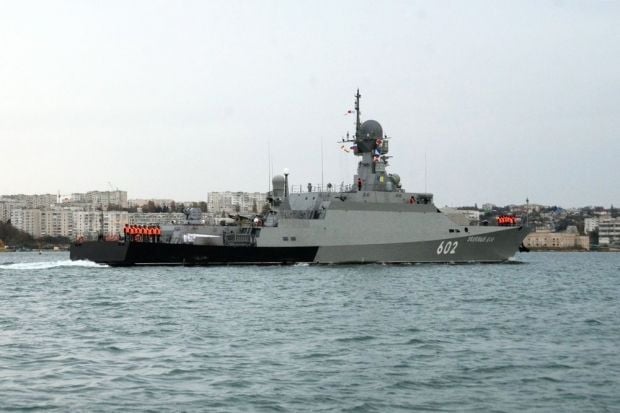 "Yesterday the light battleships successfully passed tests in Novorossiysk and made it to their permanent base in 24 hours," he said.

According to him, the two new light battleships joining the Black Fleet is a significant event, as the Fleet had received no vessels of this class since 2002, when the Samum missile hovercraft of Russia’s Baltic Fleet was deployed in Sevastopol.

Read alsoNATO intercepts squadron of 12 Russian military planes over BalticsA distinctive feature of Project 21631 light battleships is the advanced stealth technology: the absorbing coating of the body and special design of the silhouette. In addition, the hull design reduces return making it harder to tell these fast and maneuverable battleships from fishing boats or large yachts.