Yatsenyuk: EU and U.S. should extend sanctions against Russia 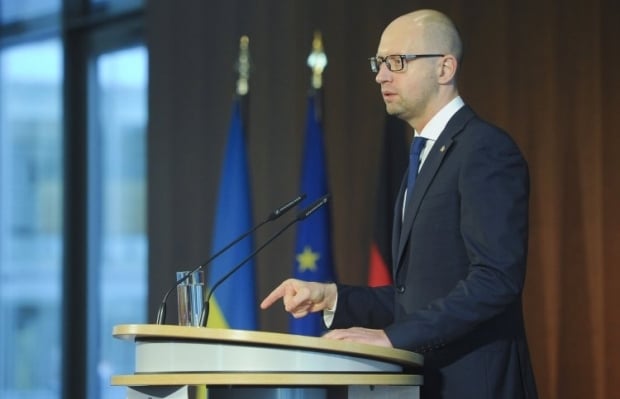 The meeting began a minute of silence for victims of terrorist attacks in Paris.

"We believe that the sanctions should be extended, and all EU countries, and the United States," - said the prime minister.

The meeting began with a minute of silence for the victims of the terrorist attacks in Paris.

"It's very important for us to be united, work together, combat global terrorism and remain united against the Russian aggression," said Yatsenyuk.

Arseniy Yatsenyuk has stressed that, despite the fact that the world has met enormous challenges, the support of Ukraine "without a doubt is on the agenda of all EU member states as well as the G7 countries."

Read alsoJuncker writes letter to Putin, names main condition for restoring ties with RussiaHe also raised the issue of sanctions against Russia: "We believe that all EU member states and the USA should continue sanctions."

The meeting discussed the implementation of the Minsk agreements and the current situation in the east of Ukraine, Ukraine's debt restructuring process and preparation for the introduction of the Ukraine-EU DCFTA from January 1, 2016.