Chairman of the Ukrainian Verkhovna Rada Volodymyr Groysman has offered MPs to set up a jonnt working group on the events arounf the runoff mayoral elections in the industrial city of Kryviy Rih. 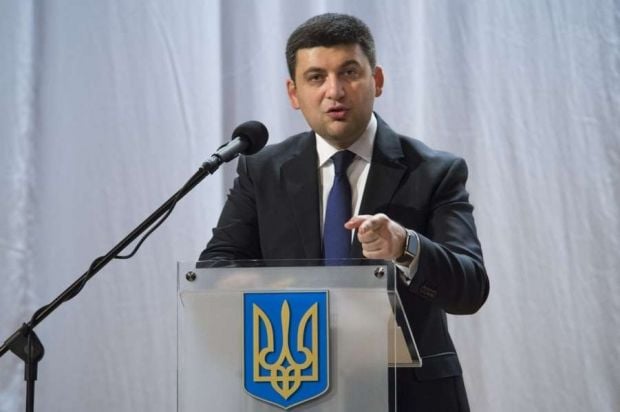 Talking about the latest developments in Kryviy Rih, Groysman said that the parliament could not distance itself from them.

"We should give it a comprehensive assessment and draft our [official] position, including, perhaps, in legislative terms," he said during a meeting of the Conciliatory Council, according to an UNIAN correspondent.

Read alsoKryviy Rih rallies against local election fraudThe speaker offered parliament factions and groups to submit proposals, and consider setting up a joint group to investigate into the situation.

"I suggest you form proposals and recommendations on how we could contribute to the settlement of events in the city of Kryviy Rih," Groysman said.

Kryviy Rih held a runoff mayoral election on November 15, with Opposition Bloc's Yury Vilkul announced as winner. His opponent, Samopomich candidate Yuriy Myloboh, filed complaints to the election commission claiming fraud after the results came through on November 16, but the claims were overruled.