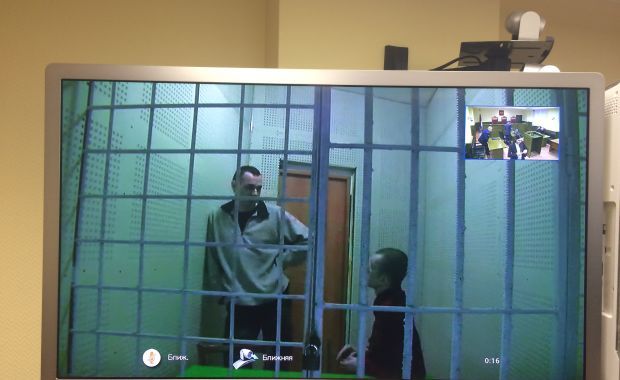 The slogans were chanted by Muscovites who came to support the Ukrainians, according to an UNIAN correspondent in Russia.

Despite the public statement of disagreement with the Russian justice, none of the activists were detained, but the police entered the courtroom.

Kolchenko and Sentsov refused their "last word" in court.

"I have nothing to tell you – your TV program is very boring," Sentsov said at the hearing, speaking via videoconference.

Both have been pleading not guilty since the day of their arrest.

On August 25, the military court in Russia's city of Rostov-on-Don sentenced Ukrainian film director Oleh Sentsov to 20 years in prison and Ukrainian activist Oleksandr Kolchenko to 10 years in prison, both were accused of terrorism and would be kept in a high-security penal colony.