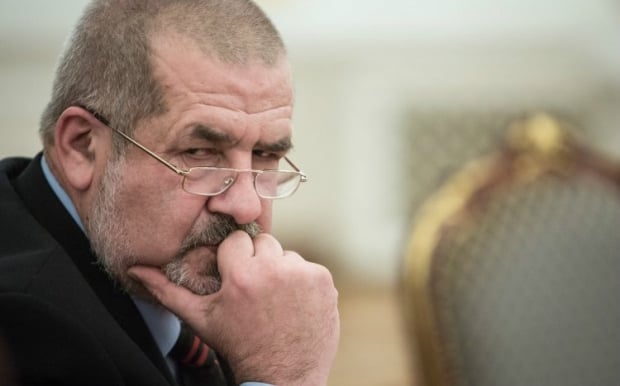 "The energy blockade of Crimea will force to consider the de-occupation of Crimea at the highest international level. If it is somehow impossible at the moment, the Minsk [Contact] Group should be expanded and the issue on the return of Crimea should be considered there," he said on a Svoboda Slova talk show on Ukraine's ICTV on November 24.

In addition, the politician suggested the permanent UN mission be deployed in occupied Crimea.

Read alsoCrimean Tatar leader asks West to help Ukraine get Crimea back"During a long-term meeting with the diplomats of the UN mission, who are now monitoring human rights in Ukraine, we have discussed an option for a permanent UN mission in the occupied territory of Crimea. It would resolve a lot of issues before we manage to return Crimea. The presence of the UN mission would not allow the occupation authorities to flagrantly violate human rights," Chubarov said.

He also said that the Crimea could not remain in complete blackout: "it is not normal."

Read alsoUkrenergo reports one of four destroyed electricity pylons repaired"But we must do everything to make sure that Ukraine's energy not assist the invaders. It should be supplied to those people whom we care about" Chubarov added.