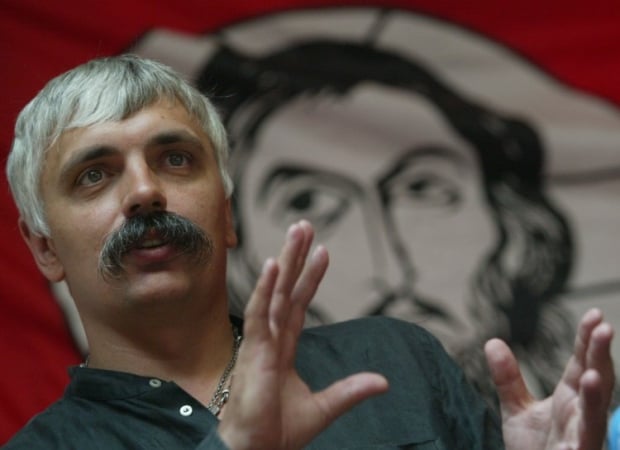 Dmytro Korchynsky detained in an Italian airport / Photo from UNIAN

"Russia has put me on the Interpol’s wanted list, and in this regard, I was arrested by the Italian police at the airport, upon my arrival to Italy for a few-days visit. I was told that the Interpol Headquarters has acknowledged the request was politically motivated and probably, I hope, I will be released," he said, according to 112 Ukraine TV channnel.

Read alsoYatsenyuk fought in Chechnya - Russia’s Investigative CommitteeAs reported, on June 16, the so-called "court" of Simferopol city ruled that the head of the Bratstvo party Dmytro Korchynskiy be arrested. The Bratstvo party has reported on its official Facebook page that the head of the party Korchynskiy, was arrested according to the ruling of the annexed Crimea’s court as an internationally wanted criminal.