Ukraine suffers from terrorism sponsored and promoted by Russia, said Ukrainian President Petro Poroshenko in his speech at UN Climate Change conference in Paris, according to an UNIAN correspondent. 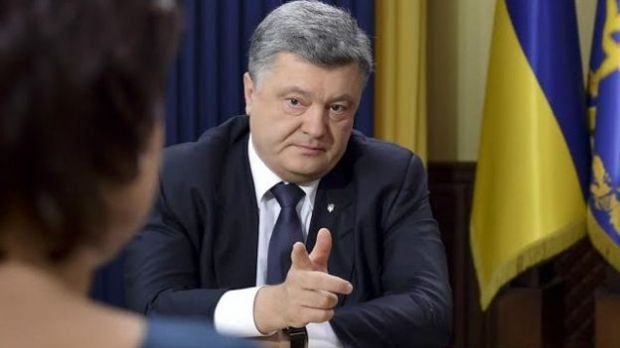 “The terrible events that France experienced this tragic November are a daily reality for Ukraine for almost 21 months,” said Poroshenko.

The Ukrainian president added that “my country is suffering from terrorism sponsored and promoted by the Russian Federation.”

The Head of State stressed that “there can be no compromise on democratic values and principles with terrorists or states sponsoring terrorism.”

Read alsoPoroshenko, Tusk discuss Minsk accords, Ukraine's European integration“We are not afraid and will never be intimidated!” said Poroshenko. “And such high-level international representation at the summit, which is almost equal to the UN General Assembly, is the best evidence of that.”

“Ukrainians stand side-by-side with the French,” the president emphasized.

As UNIAN reported earlier, Petro Poroshenko said that the decision by the European Union to introduce sanctions against the Russian Federation as an aggressor, as the country that annexed the Crimea, for the non-implementation of the Minsk agreement, is a key instrument to bring peace and stability in the Ukrainian land.