Ukrainian President Petro Poroshenko had a meeting with Federal Chancellor of Germany Angela Merkel in the course of the UN Conference on Climate Change, according to the official website of the President. 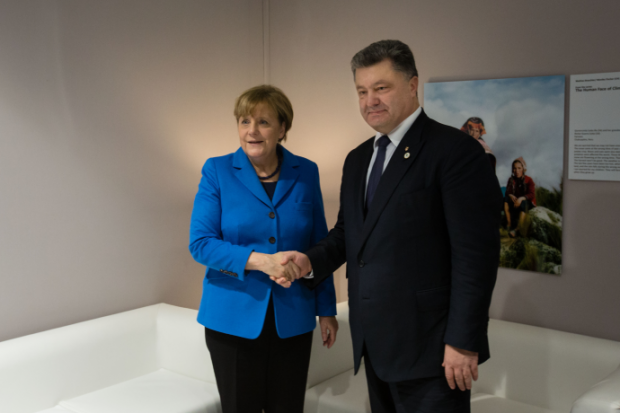 Poroshenko informed Merkel on the recent developments in Donbas, the report says.

The leaders emphasized the necessity of full and strict implementation of the Minsk agreements by the Russian party.

The parties stand for the intensification of process of elaboration of modalities on the preparation of elections in Donbas under the Ukrainian legislation, OSCE standards and OSCE/ODIHR monitoring.

Poroshenko and Merkel urged the Russian party to comply with the logic of the Minsk agreements fulfillment clearly. This logic has been confirmed at the meeting in the Normandy format in Paris on October 2, 2015.

The parties discussed the course of reforms in Ukraine, particularly struggle against corruption and judicial reform.

The two Heads of State confirmed the irreversibility of DCFTA establishment between Ukraine and the EU on January 1, 2016.