Extension of sanctions against Russia to prevent Russian offensive: Poroshenko

Extending sanctions against Russia will provide guarantees that Russia will refrain from full blown offensive and will also facilitate return of temporarily occupied areas of Donbas back under Ukraine’s control, Ukrainian President Petro Poroshenko said on Friday addressing the troops on the occasion of the 24th anniversary of the Armed Forces of Ukraine. 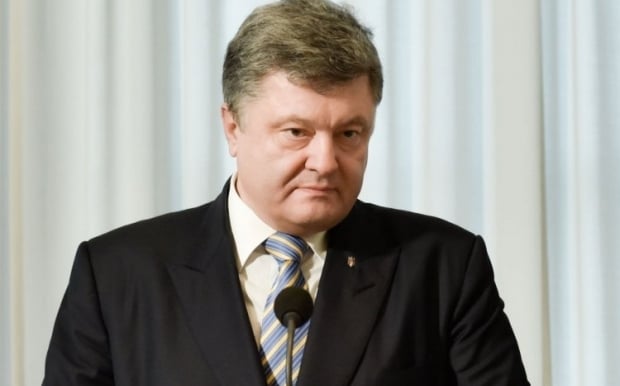 Poroshenko said no one has forgotten Crimea / Photo from UNIAN

"Extension of sanctions will provide certain guarantees that Russia will not go on a full-blown offensive, and create better conditions for strengthening international pressure of our coalition on Moscow on the issue of the return of the occupied areas of Donbas under the sovereignty of Ukraine," said Poroshenko.

Poroshenko also stressed that no one had forgotten about Crimea.

On December 2, Foreign Minister of Spain said that the European Union had reached an agreement to extend the economic sanctions imposed on the Russian Federation for another six months.

Read alsoSanctions keep Russia at negotiating table – PoroshenkoAccording to him, there is a general agreement to proceed in this direction. This decision should only be formally confirmed.