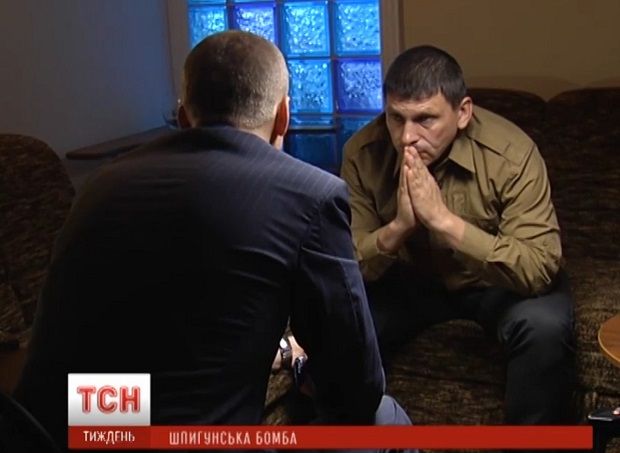 Such an interview is an extremely dangerous step for the FSB agent with high-level access, alias Yevgeniy, but he has decided to break with the past. The reason why he fled Russia is not that ideological, it is rather personal, according to TSN.Tyzhden.

Ukrainian experts have checked his statements with the use of a polygraph twice, and the results are clear: everything he tells the journalist is true. Yevgeniy claims that radical Islamist groups are staffed with Russian agents and Moscow has a real impact on their activity.

"Being guided by good intentions, human rights activists from Europe would help the people being persecuted in their country to flee. Among them were infiltrators with ready documents and a made-up legend. They would actively infiltrate into Muslim communities. With the support of the security services, they made financial donations, thus acquiring prestige and moving up the hierarchy," Yevgeniy tells TSN journalist Andriy Tsaplienko.

- And how was the legend created?

- A certain person was given a package of documents, namely a travel passport, documents confirming that their relatives were being persecuted, mentioning cases opened by the FSB or the Interior Ministry in Chechnya and Dagestan, newspaper clippings about the person's involvement in illegal armed groups, about the person being persecuted. Then the individual was monitored abroad until infiltration. Nobody contacted the person for about a year. After some time passed, someone, for example, from the Chechen elders who had connections with the FSB and at the same time with the diaspora abroad got into contact with the individual. Further, at this stage, financial support arrived – first they gave thousands of dollars, then tens of thousands of dollars to support the family, set up a business, cover espionage activity.

According to Yevgeniy, Russian agents were a tool of terrorist attacks in Europe. Their task was to undermine the situation and create the so-called multicultural conflict. Starting from 2009, England has seen several riots between local radicals and Muslims every year. Three people died in such riots in 2011.

- Was the FSB behind the London riots?

- If you mean the riots in 2009, 2010 and 2011 when there was the looting of shops – it was executed in accordance with the plans approved by the FSB and the SVR (Foreign Intelligence Service of the Russian Federation) long ago.

- And how was it exacerbated?

- It was done through those who received the money, they shared it to fuel the situation, just to destabilize it.

- Is there any proof which suggests that the Russian special services were involved in the terrorist attacks on Paris, or at least they knew about them in advance?

- Enjoying their capabilities in the European-based Muslim communities, they could not but know that the terrorist acts were being prepared. They knew but did not share...

- It is complicity in acts of terrorism. And the complicity could be direct or indirect. By analyzing their connections, one, of course, will be able to see the ties leading to Russia. Primarily Russia could benefit from this, and the Russian security services had all the possibilities to organize this.

- Can you name any Russian agents in the Muslim structures, give the names of the people who get money to destabilize the situation from time to time?

- A son and two nephews of Hezbollah's security chief. Once they lived in Moscow, now they're residing in Europe, and the SVR manages the Arab-Lebanese cell through them.

TSN found out those were the relatives of Abdul Hadi Hamadi, who heads Hezbollah's counterintelligence unit. By the way, since 2006, Moscow no longer considers this group to be a terrorist organization. Yevgeniy claims that Moscow is actively involved in explicitly terrorist groups against which Russia is supposedly waging war, namely the "Islamic State," or ISIS.

- Can one claim that Russia, the Russian special services are involved in the creation of ISIS?

- Partly. As is in the situation with [the attacks on] Paris, they virtually were accomplices in this.

After the split of the Al-Qaeda terrorist organization, former officers of the Iraqi army and Arab Socialist Ba'ath Party members started creating the ISIS. All of them had graduated from Moscow-based educational institutions.

"Definitely, and I know that exactly, the Russian special services believed that if a terrorist organization was set up as an alternative to Al-Qaeda and it created problems for the United States as Donbas does for Ukraine now, it would be quite good," Yevgeniy said.

The former FSB officer's knowledge of how Russian agents work jointly with Islamic radicals and Donbas militants is invaluable for Ukraine. And he also knows for sure that the FSB's devil is not so black as it is painted. So far, there is no way back home for him. "But this won't last long. After all, it's the giant with feet of clay," he added.