Johannes Hahn, European Commissioner for European Neighbourhood Policy & Enlargement Negotiations, said fighting corruption is top priority for Ukraine, as he spoke at a briefing following a meeting of Ukraine-EU Association Council in Brussels, according to an UNIAN correspondent. 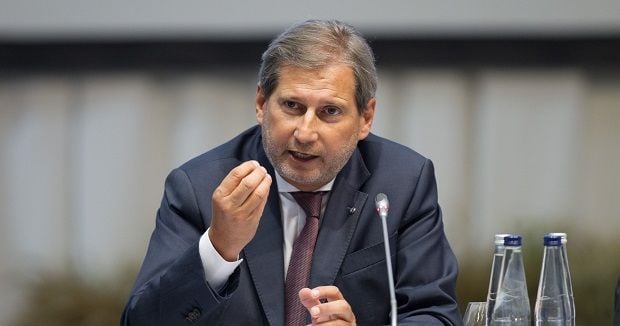 “One can see already slight improvement in the economic climate and I hope this will further international financial investors. That’s why fight against corruption was, is and stays at the top of our joint priority list when it comes to improve the situation in the country,” said the European Commissioner.

In the context of introduction of Ukraine-EU DCFTA on January 1, 2016, Hahn reassured that “we are ready to discuss with everybody if there are some issues related to the implementation.”

Hahn also said that “the European Commission has provided EUR 55 million in order particularly to support small and medium businesses, in order to accommodate with the challenges related to this new opportunity having more access, better access to the European market.” European technical standards are often the international standards, according to Hahn.

Read alsoMogherini: EU committed to Ukraine's political association and economic integration“Access to the European market also means access to a global market,” the official said, adding that the EU should provide “dedicated support” for the SMBs in order to let them take advantage of these new challenges and opportunities.

The EU will also support Ukrainian agriculture, which is “under attack by your eastern neighbor,” according to Hahn.

“It is also important to highlight that we have foreseen transitional agreements, transitional provisions in the DCFTA so that for certain products, for up to ten years, they are certain exemptions. They should also allow agrifood producers of Ukraine to have better access to the European market,” Hahn said.

“Strategic approach is necessary, accompanied by the necessary legal provisions. So I hope that very soon this civil law will be approved by the Ukrainian parliament in order to also give us the necessary preconditions,” said Hahn.