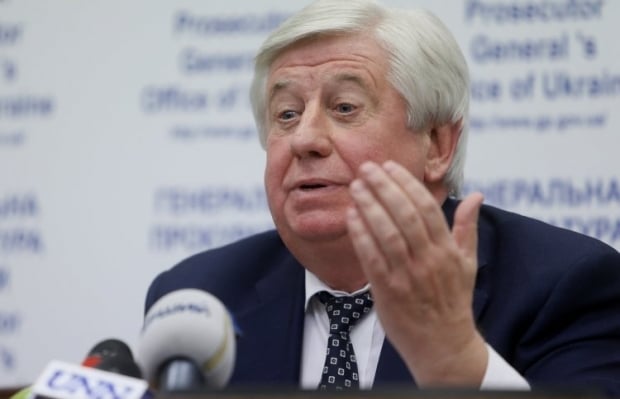 Kryvenko was shortlisted by the selection commission for hiring administrative personnel for the Specialized Anti-Corruption Prosecutor's Office.

The Specialized Anti-Corruption Prosecutor's Office was set up by the Prosecutor General on September 22. Its mission is to oversee how laws are observed during pre-trial investigations conducted by the National Anti-Corruption Bureau (NABU).

NABU Director Artem Sytnyk announced that NABU detectives had already collected materials for over 10 cases against corrupt Ukrainian officials for including in the National Register of Pre-Trial Investigations and were ready to launch their investigation.

Kholodnytsky was appointed Deputy Prosecutor General and chief of the Specialized Anti-Corruption Prosecutor's Office on November 30.

The NABU investigates corruption-related crimes committed by high-ranking officials who pose a threat to the country's national security.

The Specialized Anti-Corruption Prosecutor's Office supervises the NABU's activity. It also acts in support of prosecution on behalf of the state or government, and represents the interests of Ukrainians and the country during an investigation into corruption-related crimes.

The NAPC is a central agency of executive power, which is subordinate to the Cabinet of Ministers. It shall check declarations of Ukrainian officials' income and their actual spending, and if it sees any violations, materials shall be sent to the NABU.

The National Agency for Stolen Asset Recovery and the State Investigation Bureau haven't started work yet. The NASAR will search and evaluate stolen assets not only in Ukraine, but also abroad at the request of an investigator, a prosecutor, or a judge. It will also keep a register of seized assets.

The SIB will be engaged in the investigation of crimes committed by organized criminal groups and of those with life imprisonment as the punishment. It will also tackle cases of tortures by law-enforcement agencies and war crimes. It will also be able to make liable such high-ranking officials who have committed crimes as judges, prosecutors, ministers, Members of Parliament. It will also be authorized to investigate crimes committed by NABU officials and personnel of the Specialized Anti-Corruption Prosecutor's Office.