Biden: No sanctions relief until Russia meets all Minsk commitments

U.S. Vice President Joe Biden stresses that the United States and the European Union will continue to put pressure on Russia and will not lift sanctions until Moscow meets all its commitments, according to an UNIAN correspondent. 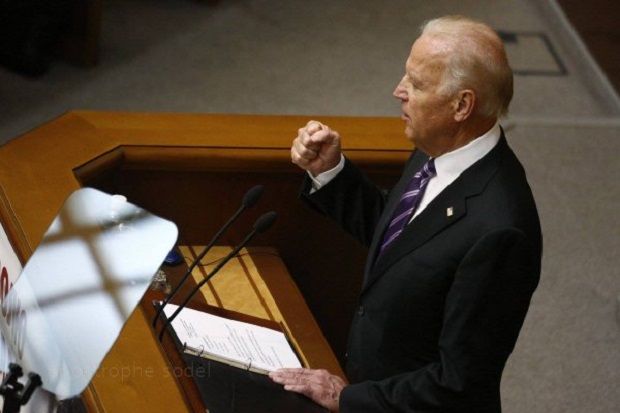 "The United States and Europe will maintain pressure until Moscow fulfills its commitments under the Minsk agreement. While there's been some progress in de-escalating the violence – there can be no sanctions relief unless and until Russia meets all – all of its commitments under the Minsk agreement," Biden said in Ukraine's parliament in Kyiv on Tuesday.

According to him, the Russian Federation continues to send its troops to Donbas.

"Russia continues to send its thugs, its troops, its mercenaries across the border. Russian tanks and missiles still fill the Donbas. Separatists' forces are organized, commanded and directed by Moscow."

"The United States will continue to stand with Ukraine against Russian aggression," he added.