One of MPs provoked a fight in a session hall between the deputies of the Coalition during Prime Minister Arseniy Yatsenyuk’s speech. 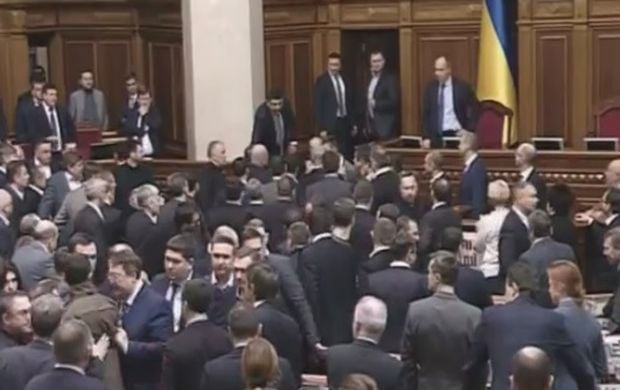 The deputies got into a fistfight after an MP from the Bloc of Petro Poroshenko, Oleh Barna, who is collecting signatures for the Rada’s non-confidence in the Cabinet, came up to the rostrum during Arseniy Yatsenyuk’s address, presented him a bouquet of red roses, grabbed him and dragged him down.

Read alsoUkraine’s debt down to $66 billion from $73 billion - YatsenyukDeputies from the People's Front faction rushed to the rostrum and the brawl erupted, immediately joined by the BPP deputies.

The session resumed shortly after the deputies took their seats.

Several other deputies called such behavior inadmissible and urged colleagues to continue with constructive work.