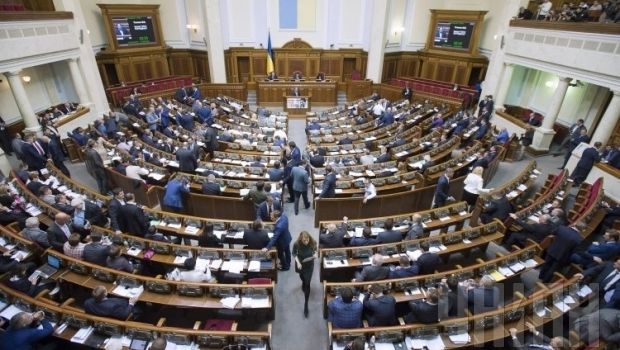 The Verkhovna Rada's appeal to the parliaments of foreign countries, the European Parliament and international parliamentary assemblies on the extension and tightening of sanctions against the Russian Federation for the organization of terrorist acts in Ukraine, also calls on the parliaments to demand Russia stop the aggression against Ukraine, according to an UNIAN correspondent.

The appeal contains a request to activate international monitoring of the situation in the Russian-occupied territories in the field of human rights and fundamental freedoms and immediately respond to any violations; to support Ukraine's efforts aimed at the release of the Ukrainian citizens, who are illegally detained in Russia.

Read alsoRussia can't mend ties with U.S. while it backs sanctions: LavrovIn addition, MPs insist on the need to prevent impunity for perpetrators of crimes against humanity, which have been committed since the beginning of the Russian terrorist aggression against Ukraine, as well as to demand from the Russian Federation to fully and unconditionally comply with the Minsk agreements.

Read alsoNo decision yet in EU on what body decides on extension of sanctions against Russia - source"We demand from the Russian Federation to stop the aggression against Ukraine, immediately release all hostages and Ukrainian political prisoners, and abolish the practice of international terrorism," the appeal says.