Dismissal of Ukraine’s PM not on Rada’s agenda - Lutsenko

There will be no voting in parliament for the dismissal of Ukrainian Prime Minister Arseniy Yatsenyuk, while the renovation of the Cabinet is possible, a member of the Central Council of the Block Poroshenko - Solidarity, leader of the BPP faction in the Verkhovna Rada, Yuriy Lutsenko, said at the forum of BPP deputies of local councils in the city of Kyiv 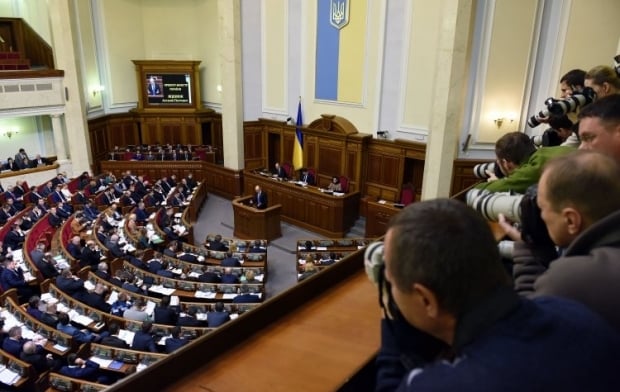 "Our position at the end of this political year is to drop the political maneuvers, tricks and combinations and say directly: the first thing the MPs should do is form a policy, the next year’s task of the government for the new Tax Code with decreased taxes, significantly reduced taxes over the next three years. The second thing is to adopt the budget of Ukraine ... And only after this task for the next year is shaped, we can start the talk about the reshuffles in the government," said Lutsenko.

According to him, "we admit that we have to change the inefficient ministers in the Cabinet of Ministers of Ukraine."

Read alsoCabinet approves drafts of new Tax Code and 2016 budget – source"All this should be done in the next three weeks: the new Tax Code, the new budget and the renovation of the government," said Lutsenko.

At the same time, he stressed that "the vote for the resignation of the prime minister of Ukraine is not on the agenda."

Read alsoYatsenyuk names key reforms for 2016Lutsenko said that the "today’s arithmetic in Parliament is clear: there is no other coalition, and the worst option for the whole country would be an option that is often tossed to us by irresponsible politicians in the interests of oligarchs - dismissing the prime minister and not electing a new one".