President: Vast majority of state enterprises must be privatized 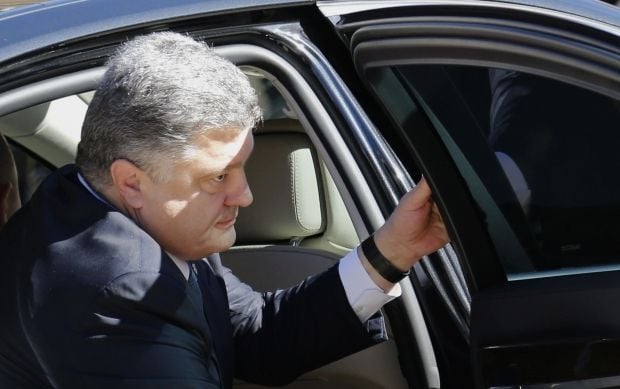 The Head of State noted that the Verkhovna Rada should define not only the list, but also the mechanism. "A huge number of state enterprises is a factor that increases the risk of corruption. State shouldn't be involved in business. State should collect taxes and manage the budget ensuring the most efficient use of funds paid by taxpayers," the President said.

The President noted that the list of state enterprises should be reduced. The majority of about 1800 state enterprises only bring losses to Ukraine because of their inefficient management. They are deprived of an opportunity to receive investments and credits, modernize equipment. It means that they are not competitive. They shouldn't be a burden for the state and taxpayers.

According to the President, countries-members of the OECD possess only several dozens of enterprises, not hundreds. "We should move towards these indicators," he said adding that the criteria for leaving the enterprise in state property must be clearly determined.

Petro Poroshenko emphasized the inadmissibility of situation when state enterprises are the feed troughs of political parties. "Political forces cannot have quotas for the appointment of management. We must be guided solely by the professionalism of managers," the President noted.

"In conditions of qualitative corporate management, absence of political interference, separation of functions of the government as shareholder and regulator and restriction of state presence in the economy, state enterprises will be able to work efficiently and bring benefits to citizens and the state," the Head of State stressed.

"Transparency and elimination of any obstacles to the participation of any major supplier of the world is what the country needs today," Petro Poroshenko said.

Read alsoAbromavicius announces large-scale privatization in Ukraine in 2016The President believes that state enterprises can be protected from political influence by the transition to the holding management model. He offered to discuss that proposal.