The Samopomich party initiated blockage of the rostrum at the session hall of the Verkhovna Rada, demanding to set a date for re-elections of Kryviy Rih Mayor, according to an UNIAN correspondent. 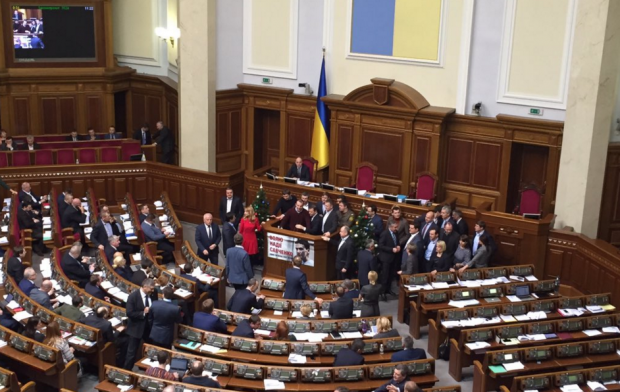 About 30 MPs gathered around the rostrum – all MPs from the Samopomich faction, as well as incumbent MPs, in particular, Volodymyr Parasiuk, Yuriy Levchenko and MP from the People's Front party Leonid Yemets.

In the sector for the aides of MPs, several men dressed in camouflage are holding a Ukrainian flag, one of which is marked with the word "Kryvbas," and people are chanting "Kryviy Rih!" The activists are also holding flags of the city of Kryviy Rih.

Read alsoRada Speaker offers MPs to set up joint working group on Kryviy Rih scandalous electionsMPs are now considering the issue of submitting draft amendments to the Constitution on justice to the Constitutional Court of Ukraine. 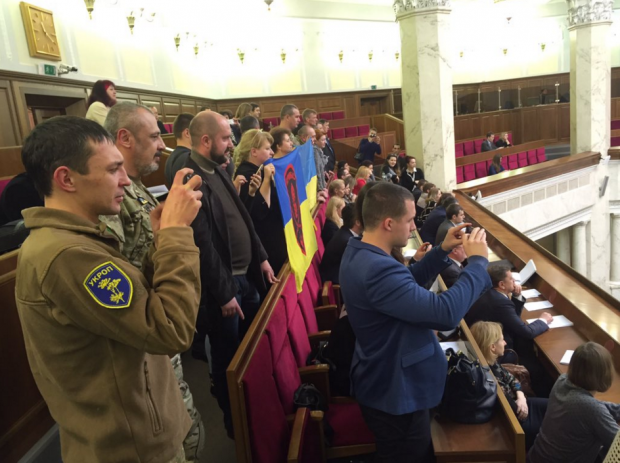 The Samopomich party has said that it will not vote for the submitting of draft amendments to the Constitution, as well as for other issues, until the Verkhovna Rada considers the issue of elections in Kryviy Rih.