Reuters: Kremlin doesn't rule out contacts in 'Normandy format' on Ukraine by year-end 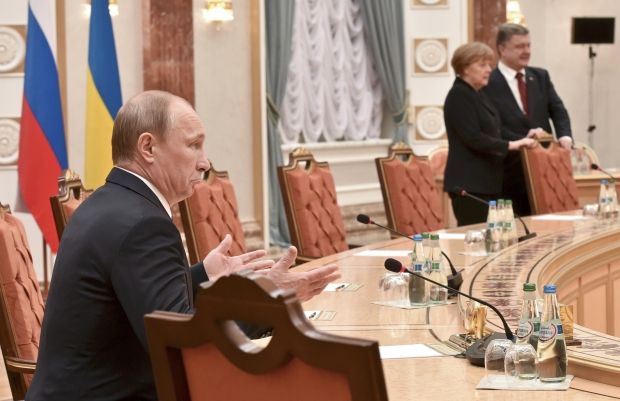 "We do not rule out that telephone contacts of the leaders of the Normandy quartet may take place before the New Year," Peskov said, Reuters wrote.

The "Normandy format" includes France, Germany, Russia and Ukraine and operates mainly through telephone calls between the Ukrainian, Russian and French presidents, the German chancellor and their respective ministers of foreign affairs.

As UNIAN reported earlier, Russia's Deputy Foreign Minister Grigory Karasin said that the implementation of the ceasefire accords, aimed to resolve the Ukraine crisis and known as the Minsk 2 agreements, would drag into 2016.

The Minsk 2 agreements were reached in the Belarussian capital in February after the collapse of a ceasefire agreed earlier.