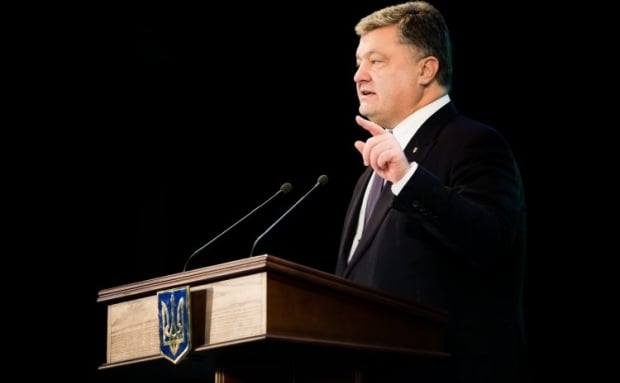 The law On Foreign economic activity (with respect to the government’s authority to apply appropriate economic measures toward the aggressor state) was returned with the president’s signature of December 28, 2015, says the report.

Read alsoUkraine ready with package of countermeasures against Russia: YatsenyukAs UNIAN reported earlier, on the background of the process of the introduction of the EU-Ukraine DCFTA from Jan. 2016, Russian President Vladimir Putin signed a decree suspending the agreement on the free trade area between Russia and Ukraine from January 1, 2016, which was effective within the FTA framework of the CIS countries.

On December 21, Prime Minister Dmitry Medvedev said that from January 1, the Russian Federation would impose food embargo on Ukrainian goods.

Read alsoUkraine may challenge Russia food embargoOn December 24 the Verkhovna Rada adopted a law allowing the Cabinet to impose trade sanctions or other restrictive measures in response to the discriminatory or hostile actions by other states, primarily Russia, with regard to Ukraine.

The response may include the ban or restrictions on foreign economic operations, as well as the lifting of tariff concessions on Ukraine’s customs tariff rates by suspending the exemption of import duty, or full use of preferential rates of import duty or cancellation of tariff quotas.