Ukrainian President Petro Poroshenko says that the Russian Federation as the aggressor state has switched to economic warfare against Ukraine. 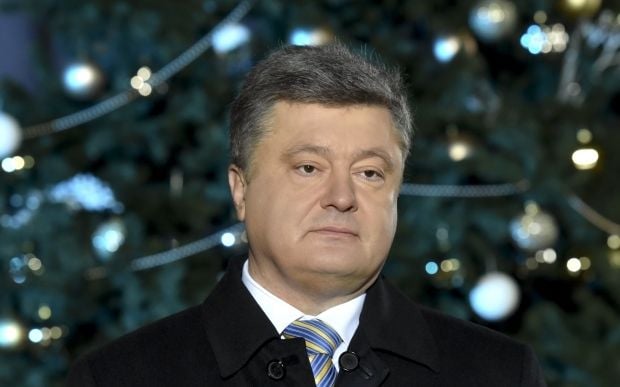 Poroshenko promises that Ukraine will be a European state / Photo from president.gov.ua

"Military assault failed – now they are trying to stifle us economically and undermine socially. But they will not succeed!" he said in his New Year address to the nation.

"…the closure of the markets for Ukrainian goods and producers by Moscow, powerful economic aggression is another component of hybrid warfare against us," he said.

The president predicts that "in a few years, we will compensate the enormous losses caused by Russia" due to the launch of the Deep and Comprehensive Free Trade Area with the EU as of January 1.

The president thinks Russia's full-scale offensive remains a threat in 2016.

"If we prevent the full-scale offensive of Russia with joint efforts of our Armed Forces, volunteers, workers of defensive enterprises, diplomats and international partners, if we do not let the external enemy undermine our stability from inside with political strife, next year we will be able to say that the worst is behind," he said.

The president mentioned such important event for Ukraine in the international arena in 2016 as the liberalization of the visa regime.

"…the paper curtain between Ukraine and the European Union will fall down. Citizens of our state will have an opportunity to freely make business and tourist trips to Europe, as well as participate in the humanitarian exchange," he said.

"However, driving on this road has to be bilateral," he added, mentioning Ukraine's progress in the fight against corruption.

"Integration with Europe requires elimination of corruption. We have ensured all preconditions for this struggle. We have established absolutely new and politically independent anti-corruption agencies. People with new values started working there after having been selected on a competitive basis. They came to work under the close supervision of civil society," he said.

In his words, unity has helped Ukrainians save the country.

"We withstood and saved the country. <…> And what is the most important – we became more united as a nation, Ukrainian nation. Strongly as never before do we feel the shoulder, heartbeat and even way of thinking of one another. Peace, freedom and independence, welfare and unity are the main aspirations of every Ukrainian," he said.

Poroshenko promised that Ukraine would be European and wished peace, happiness and prosperity to his nation.