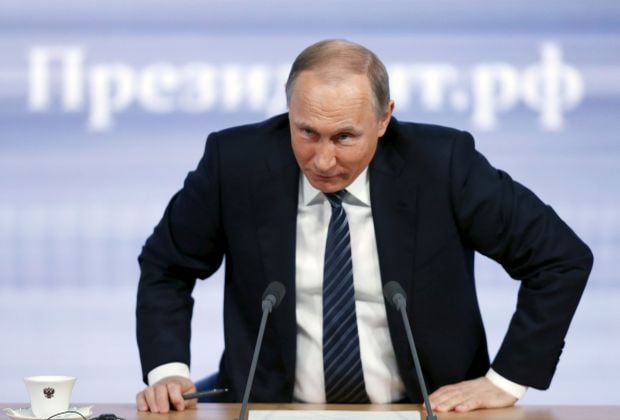 "Paragraph 9 [of the Minsk II Protocol] – reinstatement of full control of the state border by the government of Ukraine based on the Ukrainian law on constitutional reform by the end of 2015, provided that Paragraph 11 has been fulfilled, which stipulates constitutional reform," Putin cited the Minsk peace agreements in an interview with German daily Bild, which was recorded in Sochi on January 5.

"Consequently, the constitutional reform and political processes are to be implemented first, followed by confidence building on the basis of those reforms and the completion of all processes, including the border closure," he said.

Putin insists that changes to the Ukrainian constitution should be permanent, as is stipulated in the Minsk agreements.

"The Ukrainian Government introduced the law on the special status of those territories, a law that had been adopted earlier, into the transitional provisions. But this law, which they incorporated in the Constitution, was adopted for the duration of three years only. Two years have already passed. When we met in Paris, both the German Chancellor and the French President agreed that this law should be changed and included in the Constitution on a permanent basis. Both the President of France and the Chancellor of Germany confirmed that. Moreover, the current version of the Constitution has not even been approved and the law has not become permanent. How can demands be made on Moscow to do what in fact must be done in line with the decisions of our colleagues in Kyiv?" he wondered.

As UNIAN reported earlier, the Russian Ministry of Foreign Affairs announced late in 2015 that the Minsk agreements would be extended to 2016.