Bezsmertniy: Putin's statement on borders in Donbas is absurd and legally futile 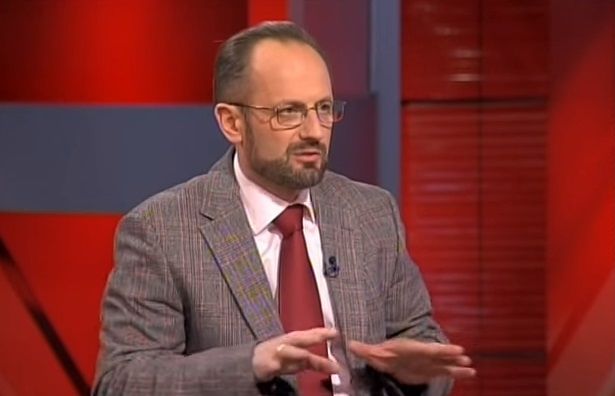 Speaking of the Minsk process and Putin’s position voiced in the Russian President’s interview with the German Bild, Bezsmertniy said that he heard nothing new.

"What was said in this interview, I heard every time when I attended the negotiations of the political subgroup (in Minsk)," said the official.

At the same time, he noted that the Ukrainian side has a very simple response to such statements.

Read alsoExpert highlights Putin’s manipulations over Minsk dealHe said that the respected experts on constitutional law worldwide say that "the main purpose of any constitution is stability, the creation of a stable political regime."

"Based on this key thesis regarding the Constitution’s purpose, what Putin said is absurd and legally futile. Because it lays the foundation for constant destabilization in Ukraine," said the representative of Ukraine to the political subgroup.

According to Bezsmertniy, "during the key event that took place due to the decision of the Normandy Quartet, which was the Berlin Conference, attended by renowned European constitutionalists ... it was clearly stated that it’s up to the Ukrainian people and the Parliament as an authorized body."

Ukraine’s representative also related territorial integrity and human rights to the need for stability in the context of the purpose of the Constitution.

Read alsoPutin names condition for Ukraine's retaking its eastern bordersAnswering the question whether Putin's words can be interpreted as Russia’s refusal to give back control over the border to Ukraine, Bezsmertniy said that "in terms of, say, the wishes of the Kremlin, I would agree with you that somewhere between the lines, it sounds and looks like a kind of blackmail: either you do this… or you will get..."

At the same time, he noted that “It’s about political will to choose either option, and it gives even more proof that the requirements of a specific integration into the Constitution of the relevant rules is not an attempt to stabilize the situation and resolve the conflict, but on the contrary - to spread this destabilization across the entire territory of Ukraine," said Bezsmertniy.

At the same time, he noted that this does not mean that such an argument is contrary to the Minsk format.

"Rather, it is a tactic step using a particular interpretation of the agreements," said Bezsmertniy.

As UNIAN reported earlier, Vladimir Putin said in an interview with the German Bild that Ukraine would be able to retake its eastern border with Russia only after constitutional reform had been introduced.