Poroshenko: We will not change European way 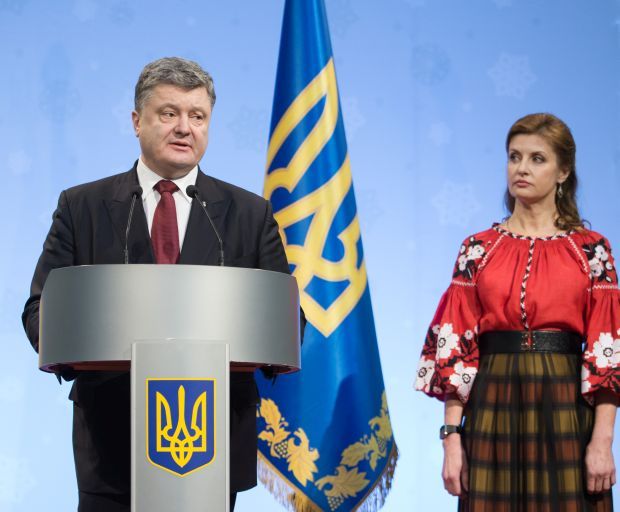 "Ukraine stands. A lot is yet to be done to make Ukraine a better nation. We will not change this way. We won't be allowed to. Too many good men and women sacrificed their lives for this to happen. Too much passion, desire and blood is put in the project called "European Ukraine,"' Poroshenko said during a meeting with foreign ambassadors, the report says.

The Head of State summed up the achievements of Ukraine in 2015 and outlined the plans for the year 2016.

Poroshenko noted that Ukraine had made significant steps in reforming the state, particularly launched the National Anti-Corruption Bureau and police, stabilize macro-financial situation.

The President emphasized that a lot of challenges for Ukraine and the world remained in 2016: Russia's military aggression against my country, the conflict in Syria, the ongoing migration crisis in Europe, growing terrorism threats and impending economic crisis. He expressed gratitude to all leaders that supported Ukraine and noted that the main goal for 2016 was to achieve peace in Ukraine. "We should make sure that our pursuit of peace and justice does not surrender to force or intimidation, and is not compromised for economic pragmatism," Poroshenko said.

Poroshenko assured that Ukraine remained faithful to the implementation of the Minsk agreements in contrast to Russia. "While Russia's one hand signed the peace documents in Minsk, the other one flooded in blood Ukrainian town of Debaltseve. Let's be honest – without the global pressure Russia wouldn't be stopped. Pressure must be maintained till Moscow ultimately buries the hatchet and starts respecting the sovereignty of its neighbors," Poroshenko said.

"In the same vein, it is vital not to put the Crimean issue on the back burner and to launch an international mechanism for de-occupation of the peninsula," he added.

According to the President, 2016 will be decisive. "I would like to thank once again all governments that voted in favor of Ukraine and thus allowed us to assume this duty at this crucial point. This is an honorable but difficult mission for the country, which is facing the aggression from the permanent member of the UN Security Council. We will definitely need your further support during our membership to halt ongoing violence and ensure that the aggression does not repeat in the future," the President noted.

The President invited foreign representatives and leaders to participate in the events to commemorate the 30th anniversary of Chernobyl Nuclear Power Plant disaster and the 75th anniversary of Babyn Yar tragedy.