Obama says Ukraine and Syria are slipping away from Russia's orbit 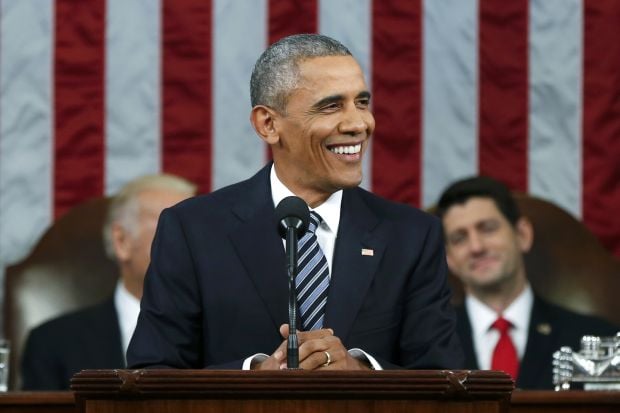 "Even as their economy contracts, Russia is pouring resources to prop up Ukraine and Syria— [the] states they see slipping away from their orbit," he said.

"…the international system we built after World War II is now struggling to keep pace with this new reality," he added.

Obama said that Washington's support of Ukraine was aimed at defending democracy.

"When we help Ukraine defend its democracy, or Colombia resolve a decades-long war, that strengthens the international order we depend upon," he said.

The United States has provided Ukraine with loan guarantees and military assistance worth millions of U.S. dollars.

It was Obama's seventh and final State of the Union address, where he outlines remaining goals as he finishes his second term.