Ukrainian President Petro Poroshenko, German Chancellor Angela Merkel and French President Francois Hollande have discussed further steps to fulfill the Minsk agreements, particularly coordination of modality of holding local elections in certain districts of Donetsk and Luhansk regions under the Ukrainian legislation and preparation to the restoration of Ukraine's full control over the Ukrainian-Russian border, according to the official website of the President of Ukraine. 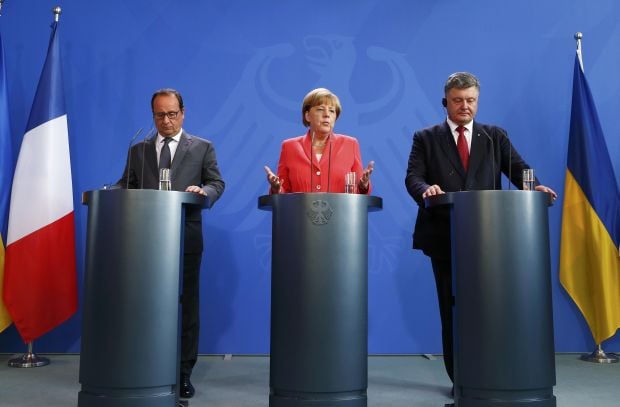 Speaking by phone, Poroshenko emphasized that the violation of ceasefire by Russian militants and non-admission of the OSCE observers to the occupied territory and uncontrolled area of the Ukrainian-Russian border was inadmissible, the report says.

In this context, the President of Ukraine stressed the importance of establishing deadlines in 2016 with regards to the Minsk agreements as Russia disrupted the implementation of its obligations.

The President of Ukraine also expressed condolences to Chancellor Merkel over the death of German citizens as a result of the terrorist attack in Istanbul.