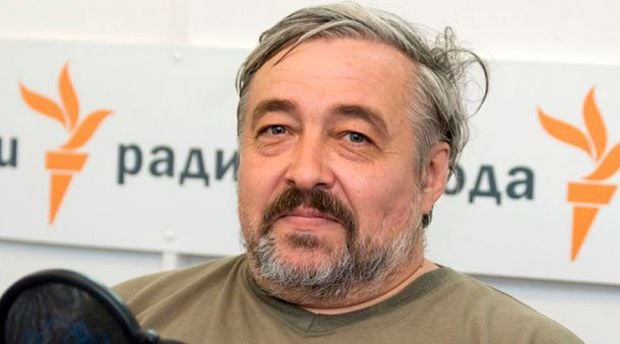 Pribylovsky is known as a co-author of the book "The Corporation: Russia and KGB in the Age of President Putin" Photo from svoboda.org

Pribylovsky's body was found on the kitchen floor of his apartment by his relatives, after he hadn't answered the phone for three days, the Moskovsky Komsomolets newspaper reported, The Moscow Times wrote.

The journalist was seriously ill with diabetes, according to his ex-wife Milana Bogdanova. The exact cause of death will be determined by an autopsy.

Russian officials had not commented on the reported death, and Felshtinsky said he had "no further information at this point."

Pribylovsky is known as a co-author of the book "The Corporation: Russia and KGB in the Age of President Putin" (another version of the translation of the title: "The Putin Corporation: The Story of Russia's Secret Takeover"). Another book was "The Age of Assassins: The Rise and Rise of Vladimir Putin: How Scary Are Russia's New Rulers?"

Pribylovsky was the president of Moscow's Panorama Information and Research Center think tank and founder of the online Anticompromat portal. He wrote articles for The Moscow Times and the website Open Democracy.

According to his biography on the Panorama Center's website, he also translated George Orwell's "Animal Farm" into Russian, International Business Times wrote.

Pribylovsky was born in 1956 in Moscow. He earned a degree in Byzantine studies from Moscow State University and had worked jobs ranging from a museum guide to night watchman.