Victoria Nuland, the U.S. Assistant Secretary of State for European and Eurasian Affairs, and Russian president’s aide Vladislav Surkov have been holding consultations on the Minsk agreements for Ukraine settlement for the past four hours, Pavel Mamontov, the Russian Foreign Ministry representative in the Kaliningrad region, told TASS on Friday. 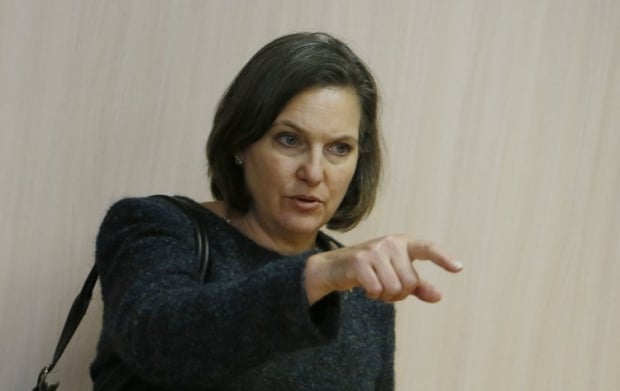 According to U.S. State Department Spokesman John Kirby, Nuland and Surkov were meeting to discuss the situation in eastern Ukraine and the need to fully implement the Minsk agreements, TASS reported.

He believes that the Surkov-Nuland consultations should be regarded as part of U.S. efforts to work together with Russia with an aim to guarantee full implementation of the Minsk agreements in close cooperation with the Normandy Four states, including Ukraine, Russia, Germany and France.

Read alsoNuland says U.S. must maintain pressure on Russia for Minsk commitmentsNuland arrived in Kaliningrad from neighbouring Lithuania earlier on Friday and is going to leave Russia after the consultations, the Russian Foreign Ministry office in Kaliningrad said.