“LPR-DPR” terrorist groups, the self-styled breakaway republics, are creating political systems that should become the main "pro-government parties." The local population will be forced to vote for them in case local elections are held, according to Vitaly Malikov, head of the SBU Anti-Terrorism Center, ZN.UA reported. 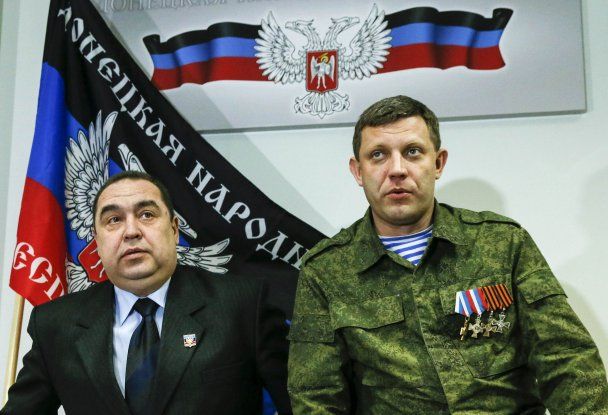 The official has told about the so-called public associations "The Donetsk Republic" and "Peace to Luhansk" led by the militant leaders Alexander Zakharchenko and Igor Plotnitsky respectively.

According to Malikov, people in the occupied areas of Donbas are denied employment, especially those applying for posts in public service, unless they become members of these organizations.

Read alsoNo changes to Constitution until progress on Minsk-2 – Gerashchenko"At the same time, to create an image of “democracy” in case local elections are held, a number of sham political forces, actually controlled [by the militant leaders] are being created. The Republican Party of Donbass is already operating, as well as the public movements called the Union of Left Forces of Donbas and Volunteer Union of Donbas. The Luhansk Economic Union, People's Union, Luhansk District of Don Cossacks VVD, Liberation Front, United Russian Land, The Military Community of Luhansk region, The League of Communists of Luhansk region, and Luhansk Guard are registered in the so-called “LPR.” On the basis of former regional Communist Party cells are created, "the Communist Parties of “DPR-LPR” are created on the basis of the local cells of the former Communist Party. The newly-formed structures are in fact controlled by the Communist Party of the Russian Federation,” said Malikov.

Read also"DPR," "LPR" should have no illusions on special status of Donbas - OSCE ChairmanThe head of the ATC states that the main moderators of the political process in the occupied areas of Donbas are the special services of the Russian Federation, while the cost of political activity is covered with the funds once siphoned from Ukraine by ousted ex-president Viktor Yanukovych, and his allies Vitaliy Zakharchenko and Oleksandr Klymenko, all of whom have fled to Russia.