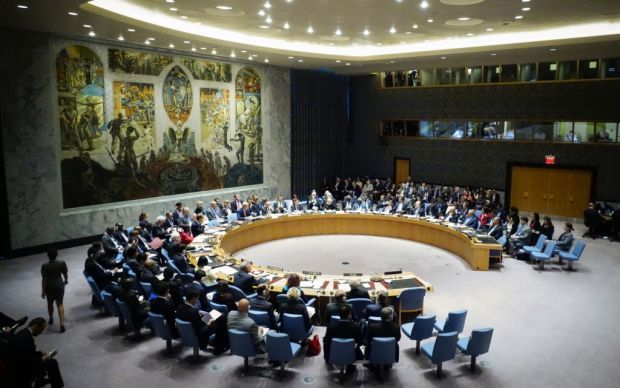 Ukraine's UN Ambassador Volodymyr Yelchenko stated that it was unacceptable that the higher leadership of the Russian Federation was trying to rewrite the history, publicly questioning the territorial integrity, sovereignty and political independence of Ukraine. He said that Putin's statement violated a number of fundamental international documents, in particular the UN Charter and 1975 Helsinki Final Act of the Conference on Security and Cooperation in Europe, the press center said.

The Ukrainian delegation drew the attention of the members of the UN Security Council to the fact that such statements were made by the president of the country which was a party to the Budapest Memorandum on security assurances. Ukraine's PR also underlined that Russia violates its obligations under the Memorandum by continuing the illegal annexation of Crimea and the city of Sevastopol and unleashing an unprecedented military aggression in Donbas.

"The Ukrainian delegation stated that Ukraine considered the statement by President Putin completely unacceptable and called on the Russian leadership to stop the hostile rhetoric and aggressive actions against the Ukrainian people," the report says.

Ukraine's Ambassador renewed the call to all parties of the Budapest Memorandum, including Russia, to urgently hold consultations to address the blatant claims questioning the internationally recognized borders of Ukraine, as provided for in Article 6 of the Memorandum.