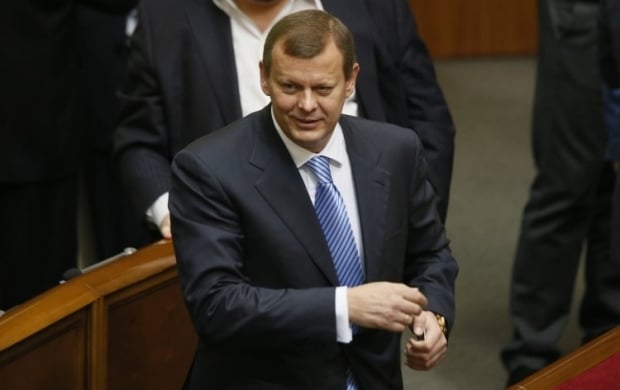 Deputy Prosecutor General of Ukraine Yuriy Sevruk addressed the parliament’s meeting, reporting on the results of the investigation which had found that "Yanukovych, Klyuyev and others have developed an action plan aimed at the legalization of property obtained by criminal means."

He noted that it was, in particular, about Mezhyhirya presidential residence that was transferred to ownership of Kluyev brothers. According to the PGO official, the unlawful benefits amounted to $146 million.

Read alsoYanukovych's PM Azarov reportedly considered as new DPR leader – InfoResistanceAs UNIAN reported earlier, on June 3, 2015 the Verkhovna Rada deprived Serhiy Klyuyev of immunity. Immediately after that, he attempted to flee to Austria. On June 4, he did not appear for questioning to the Prosecutor General’s Office. His whereabouts are now unknown. On June 8, it was announced that Klyuyev was declared wanted by the Security Service at PGP request, and the Interior Ministry has placed this information on its website. Only on June 16, the Prosecutor General submitted a request to the Parliament for consent to the deputy's detention and arrest. On June 17, MP Anton Gerashchenko said that Klyuyev had fled to another state through the temporarily occupied areas of Donbas. Only on December 4 did Rada receive the Prosecutor General's request to consider the issue of consent to the detention and arrest of Klyuyev.