Putin as assured in Kadyrov’s loyalty as never before: Stratfor 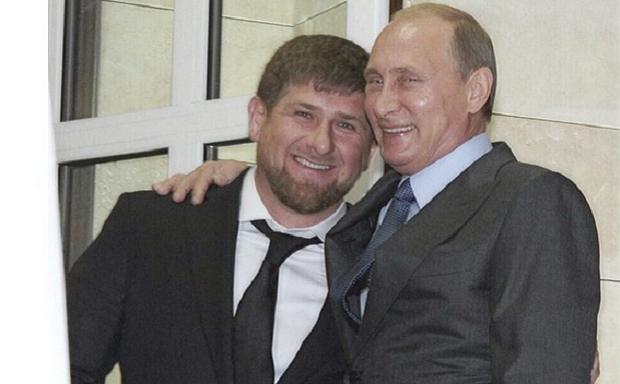 “Putin has multiple reasons to keep Kadyrov close. Not only did Kadyrov bring stability to the troubled Chechen region, he commands 40,000 fighting personnel.  He also provides an additional counterweight to the FSB and is unwaveringly loyal to Putin on a personal level,” reads the report.

“Putin's assurance of Kadyrov's allegiance is more important now than ever; the Russian leader is growing increasingly unsure of who within the Kremlin elite is still beholden to him,” the authors say.

In mid-January, Kadyrov called the extra-parliamentary opposition as "enemies of the people" and "traitors" on the payroll of Western intelligence agencies.

Later this month, Kadyrov staged a major rally in Grozny in which (he claims) nearly a million Chechens came out in support of both Putin and Kadyrov.

When Putin was interviewed at a public event, the Russian President called Kadyrov one of the "most effective" leaders in the country. This is just the latest in a series of highly public endorsements made by the Russian president about the Chechen leader.

Read alsoMass rallies in Grozny in support of KadyrovThere is much debate throughout Russia as to whether Kadyrov is the country's new political firebrand. He is often portrayed as an instigator, sparking controversy and fuelling disputes on hot-button issues. Such a role has traditionally been filled by Liberal Democratic Party Chief Vladimir Zhirinovsky and Deputy Prime Minister Dmitry Rogozin.

Read alsoPutin authorizes transfer of oil company to Chechen RepublicWith Kadyrov proving irrepressible, rumors are flooding the Russian media and political pundits that he is attempting to launch himself into a federal position. If true, this would be fairly contentious move for a former Chechen rebel, especially at a time when Russian nationalism is also on the rise.