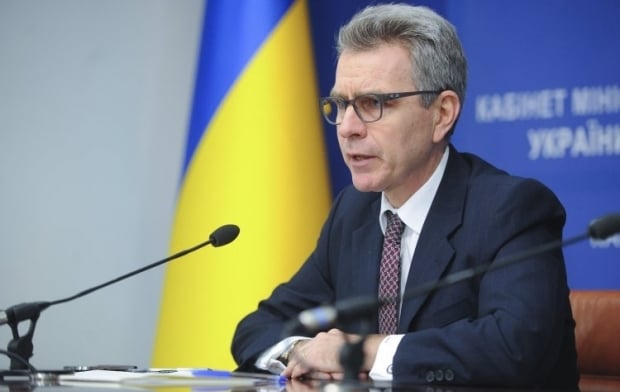 "It's a huge mistake for the Ukrainian government, for the Ukrainian people, to create a troll factory like St. Petersburg, churning out counter-propaganda in social media. It's a huge mistake to create a "Ministry of Truth" that tries to generate alternative stories. That is not the way to defeat this information warfare," said Geoffrey Pyatt, according to the website of the U.S. Embassy to Ukraine.

According to Pyatt, the single most powerful refutation to the Kremlin's hybrid war and information campaign against this country is a successful, modernizing, European, democratic Ukraine.

"Nobody will be surprised to hear me say that the number one priority for Ukraine and Ukrainian society in 2016 needs to be prevailing in the war against corruption. It is the key issue in demonstrating that Ukraine is moving forward," Pyatt said.

"In that regard, I would argue the best weapon against the Kiselyovs of the world is your anti-corruption prosecutor. It's deputy prosecutors general like David Sakvarelidze, who are trying to hold criminals accountable. It's your NABU [National Anti-Corruption Bureau of Ukraine]. All of which are institutions that the United States will strongly support," he said.