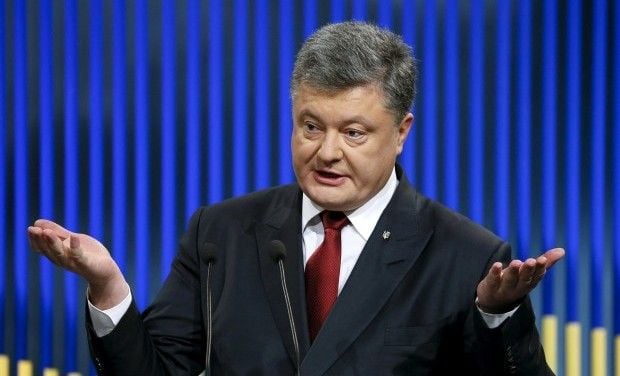 "Sanctions were imposed on Russia in response to its aggression against Ukraine. As long as the aggression goes on, lifting sanctions would only mean encouraging the aggressor to continue the hostile actions," Poroshenko said at a joint press conference with German Chancellor Angela Merkel in Berlin on Monday, February 1.

"It is obvious that sanctions against Russia must remain in place until Russia and its proxies fully implement the Minsk agreements and Russia gets out of Donbas – takes its troops and weapons and gives the borders back," he said.

Poroshenko stresses that the ceasefire in Donbas should be full.

"Lack of security remains a key stumbling block in the settlement process. The ceasefire cannot be partial. It is there or not. I regret to state that so far it is not. And people still die on the frontline – both military and civilians," he told Merkel.

In his words, Russia and the militants are evidently not interested in peace and stability in Donbas.

"For Russia, the conflict in Donbas is an instrument to keep destabilizing Ukraine," he said.