The European Parliament in its resolution has condemned the unprecedented levels of human rights abuses perpetrated against Crimean residents, most notably Crimean Tatars, and recalled that the Russian Federation as an occupying power had the responsibility to ensure the safety of the whole population and respect for the human, cultural, and religious rights of the indigenous Tatars and all other minorities of Crimea, and to uphold the legal order in Crimea. 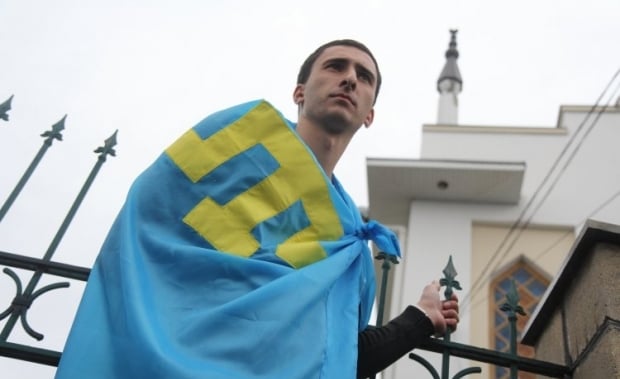 According to an UNIAN correspondent, the relevant resolution was supported by 472 MEPs at the plenary session in Strasbourg.

The European Parliament "strongly condemns the unprecedented levels of human rights abuses perpetrated against Crimean residents, most notably Crimean Tatars, who do not follow the imposed rule of the so-called local authorities, particularly under the pretext of combating extremism or terrorism," the resolution says.

The European Parliament reiterates its strong commitment to the sovereignty and territorial integrity of Ukraine within its internationally recognized borders and to its free and sovereign choice to pursue a European path; recalls its severe condemnation of the illegal annexation by Russia of the Crimean peninsula and the commitment of the EU, its Member States and the international community to implement fully the policy of non-recognition of the illegal annexation of Crimea; highlights also that the restoration of Ukrainian control over the peninsula is one of the prerequisites for re-establishing cooperative relations with the Russian Federation, including the suspension of related sanctions.

It is reported that the European Parliament condemns the severe restrictions on the freedoms of expression, association and peaceful assembly, including at traditional commemorative events such as the anniversary of the deportation of the Crimean Tatars by Stalin's totalitarian Soviet Union regime and cultural gatherings of the Crimean Tatars.

Read alsoCouncil of Europe's delegation back from Crimea, to draft report on human rights situationIt is also stressed that, in line with international law, the Tatars, as an indigenous people of Crimea, have the right to maintain and strengthen their distinct political, legal, economic, social and cultural institutions. The European Parliament calls for respect for the Mejlis as the legitimate representation of the Crimean Tatar community, and for avoidance of any harassment and systematic persecution of its members.

The European Parliament urges the Russian and the de facto local authorities to investigate effectively, impartially and transparently all cases of disappearances, torture and human rights abuses by the police and paramilitary forces active in the Crimean peninsula since February 2014. It recalls that the Russian Federation as an occupying power has the responsibility to ensure the safety of the whole population and respect for the human, cultural, and religious rights of the indigenous Tatars and all other minorities of Crimea, and to uphold the legal order in Crimea.

Read alsoRussia plots terrorist attacks in Crimea, to blame Ukraine - battalion commander OsmaevThe European Parliament also calls on the Russian Federation authorities and the de facto authorities in Crimea, which are bound by international humanitarian law and international human rights law, to grant unimpeded access to Crimea for international institutions and independent experts from the OSCE, the United Nations and the Council of Europe, as well as for any human rights NGOs or news media outlets that wish to visit, assess and report on the situation in Crimea.

Read alsoMejlis says mass searches of Crimean Tatars in occupied peninsulaIn addition, the European Parliament calls for the preservation of the multicultural environment of Crimea and for full respect for Ukrainian, Tatar and other minority languages and distinctive cultures.