Abromavicius has firm plans to resign

Ukrainian Minister of Economic Development and Trade Aivaras Abromavicius has firm plans to resign, according to the ministry's press service. 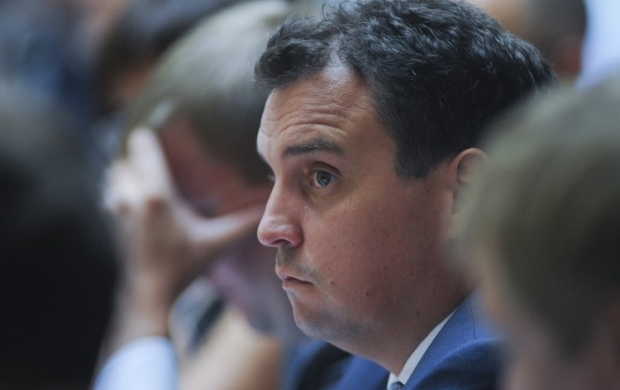 Abromavicius is firmly set to resign / Photo from UNIAN

"The letter of resignation will not be withdrawn. This position is official," the press service told UNIAN.

As UNIAN reported earlier, on February 3, 2016, Abromavicius said that he decided to resign, called on parliament to vote on the issue as soon as possible.

According to him, the decision was taken in connection with political pressure from first deputy chairman of the Petro Poroshenko Bloc's parliamentary faction Ihor Kononenko and the Presidential Administration.

Prior to his appointment as economy minister in Ukraine in December 2014, he had 18-year experience of work for European investment companies.

Ambassadors of European countries, the United States, and Canada issued a joint statement, saying they were disappointed at Abromavicius' decision to quit.

U.S. Ambassador Geoffrey Pyatt called Abromavicius "one of the Ukrainian government's great champions of reform...and a believer in the future Ukraine's people deserve."