While the Coalition factions put forward demands to the current government, Ukrainian President Petro Poroshenko does not abandon the idea to dismiss Arseniy Yatsenyuk from post of the prime minister, according to the sources in the Bloc of Petro Poroshenko faction, the Ukrainska Pravda online newspaper wrote. 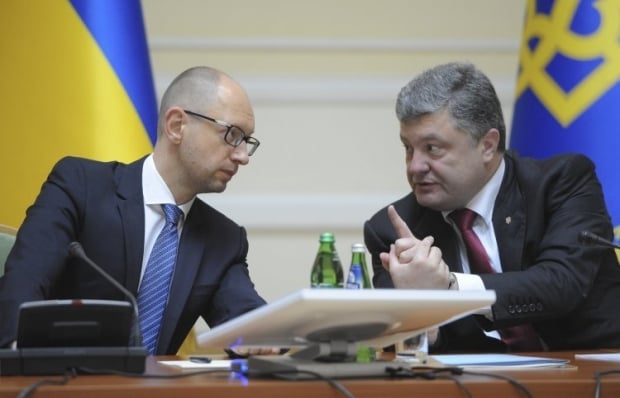 Poroshenko is looking for someone to replace Yatsenyuk / Photo from UNIAN

"He [Poroshenko] does not consider whether or not to dismiss Yatsenyuk. He thinks of who is succeed on PM post. As soon as he finds a nominee with [enough] votes, the dismissal will take place," said the source in the BPP, close to the president, according to Ukrainska Pravda.

Among the names being considered for the post of prime minister is Rada Speaker Volodymyr Groysman, NSDC Secretary Oleksandr Turchynov, and even Odesa Governor and ex-president of Georgia Mikheil Saakashvili.

Read alsoYatsenyuk names required principles for Cabinet team to continue its workIn addition, the sources claim there is the fourth nominee, whose name has not been revealed to the reporters.

Read alsoUkraine PM offers Parliament to vote non-confidence in CabinetAccording to a survey of a Rating sociological group, 70% of the Ukrainian citizens support resignation of Prime Minister Arseniy Yatsenyuk (in October 2015, 60% of the surveyed citizens supported the idea).