The best way for Russia to avoid collapse is by making the EU implode first – by exacerbating the migration crisis and stoking Islamophobia, George Soros wrote in his op-ed for The Guardian. 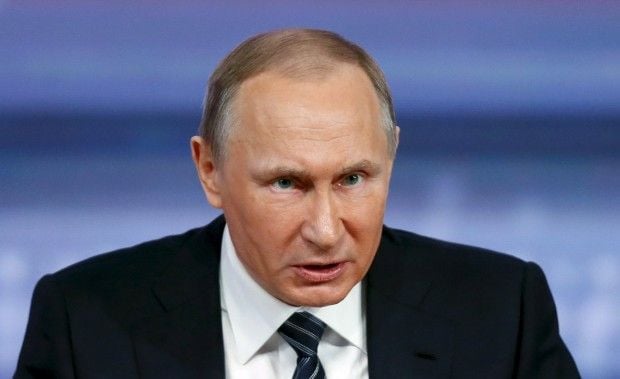 “The leaders of the US and the EU are making a grievous error in thinking that president Vladimir Putin’s Russia is a potential ally in the fight against Islamic State. The evidence contradicts them. Putin’s aim is to foster the EU’s disintegration, and the best way to do so is to flood Europe with Syrian refugees,” reads the piece.

Russian airstrikes and support for Assad’s offensive operations have indeed caused huge waves of refugees hit the neighboring states, including Turkey, with the ultimate aim of getting through to the EU.

Read alsoFlexing muscles: Luhansk Gov-r explains escalation in Donbas by Putin’s troopsBut, arguing that Putin is a gifted tactician, but not a strategic thinker, the author says there is no reason to believe he intervened in Syria in order to aggravate the European refugee crisis. Indeed, his intervention was a strategic blunder because it embroiled him in a conflict with Turkey’s president, Recep Tayyip Erdogan, which has hurt the interests of both.

“But once Putin saw the opportunity to hasten the EU’s disintegration, he seized it. He has obfuscated his actions by talking of cooperating against a common enemy, ISIS,” says the author. “He has followed a similar approach in Ukraine, signing the Minsk agreement but failing to carry out its provisions.”

Read alsoSyrian refugee flow can't be stopped until Russia, Assad halt airstrikes: ErdoganThe only explanation why the western leaders take Putin at his word is that democratic politicians seek to reassure their publics by painting a more favorable picture than reality justifies, Soros believes.

“The fact is that Putin’s Russia and the EU are engaged in a race against time: the question is which one will collapse first,” says Soros.

The Putin regime faces bankruptcy in 2017, when a large part of its foreign debt matures, and political turmoil may erupt sooner than that. The president’s high popularity rests on a social compact requiring financial stability. Western sanctions, coupled with the sharp decline in the price of oil, will force the regime to fail on both counts.

Read alsoRussian losses from sanctions, collapse in oil prices estimated at $600 bln“The most effective way Putin’s regime can avoid collapse is by causing the EU to collapse sooner. An EU that is coming apart at the seams will not be able to maintain the sanctions it imposed on Russia following its incursion into Ukraine,” Soros writes. “On the contrary, Putin will be able to gain considerable economic benefits from dividing Europe and exploiting the connections with commercial interests and anti-European parties that he has carefully cultivated.”

Read also600,000 refugees may arrive at Turkish border: Deputy PMToday’s Europe is confronted by “five or six crises at the same time, which may prove to be too much,” reads the article. “As Merkel correctly foresaw, the migration crisis has the potential to destroy it.”

“The race for survival pits the EU against Putin’s Russia,” says Soros. “ISIS poses a threat to both, but it should not be overestimated. Attacks mounted by jihadi terrorists, however terrifying, do not compare with the threat emanating from Russia.”

The author says that the threat of Putin’s Russia will be “difficult to counter.” “Failure to recognize it will make the task even more difficult,” he concludes.