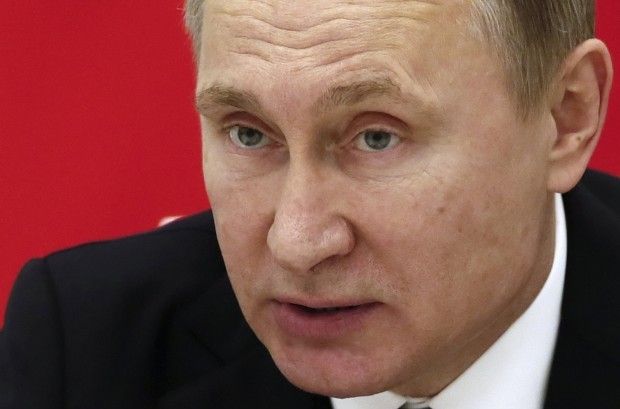 "They [the two presidents] also discussed the situation in Ukraine, especially in the context of the implementation of the set of measures to resolve the conflict, agreed in Minsk on February 12, 2015. Putin expressed hope that the Kyiv authorities would finally take practical steps to comply with their obligations as soon as possible, including the establishment of a direct dialogue with Donbas, granting amnesty, and carrying out constitutional reform, coordination with the representatives of Donetsk and Luhansk and the enactment of amendments to the law on special status [of Donbas],” reads the statement.

It is noted that the conversation between the leaders of Russia and the U.S. was open and businesslike.

Read alsoRussia sanctions to remain until Ukraine deal implemented - KerryThe parties gave a positive estimation of the results of the meeting of the International Syria Support Group in Munich on February 11-12, which confirmed the approaches and provisions of Resolution 2254 of the UN Security Council both in the part of humanitarian aspects and in the modality of ceasefire regime, as well as in preparations for a realistic political process," the statement reads.

They expressed support for the efforts of two target groups - on ceasefire and on humanitarian aspects.

Read alsoMinsk deadlock"The Russian president once again stressed importance of organizing common anti-terrorist front, where double standards are dropped. He pointed to necessary close working contacts between representatives of the defense authorities of Russia and the U.S. in order to have systematic and successful fight against IS and other terrorist organizations," the Kremlin’s statement reads.