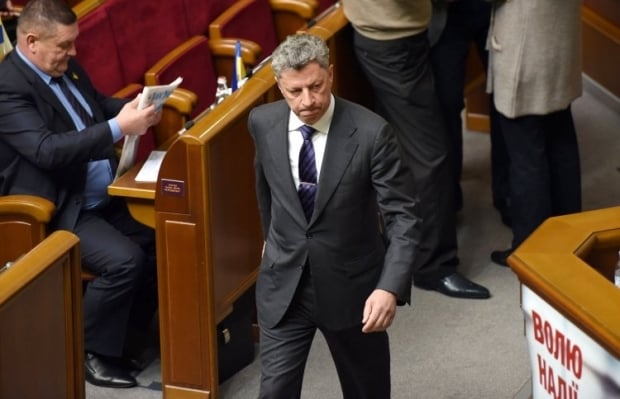 He said that the government pursued "wrong, vicious politics, they praised themselves, they boasted their position," but at the same time, the Ukrainian economy was falling.

According to Boyko, "the whole society calls for the resignation of the government, and we will insist on this." "If the resolution on recognition of the government's poor performance is submitted in the Verkhovna Rada today, the Opposition Bloc will support this decision," he said.

Read alsoPeople's Front may quit coalition if Cabinet voted to be dismissedAt the same time, answering the reporters' question, whether MPs from the faction had signed up for non-confidence in the government, Boyko said he had not seen such applications, and did not know who was gathering such signatures. "Who is collecting signatures? We have not seen a single sheet," he said.