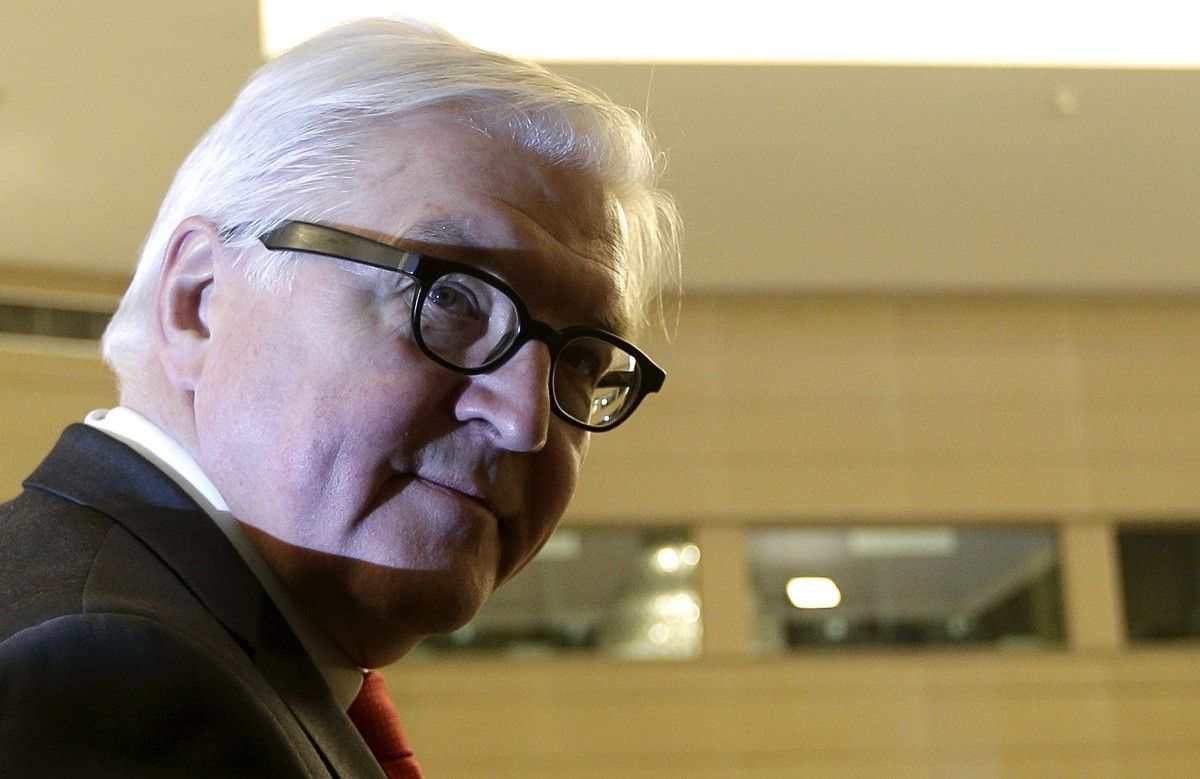 "Both Ukraine and Russia continue to violate a ceasefire agreement in eastern Ukraine," Steinmeier told the UN Security Council on Monday, DW reported.

He added that Kyiv needs to implement an electoral law allowing limited concessions to rebels in eastern Ukraine in order to reach a political solution to the two-year conflict.

"The Organization for Security and Cooperation in Europe (OSCE) is deeply concerned over the continuing violations of the ceasefire in eastern Ukraine," Steinmeier said. "I call on both sides… to live up to their responsibilities."

Germany holds the rotating chair of the OSCE, the body monitoring a shaky year-old ceasefire that Steinmeier credited with deescalating tensions.

But the ceasefire has not stopped flare-ups of fighting between pro-Russian rebels and pro-government forces in eastern Ukraine, where more than 9,000 people have been killed and at least 1.5 million uprooted in two years of fighting.

Steinmeier highlighted restrictions on access for about 700 OSCE monitors. The special observers are regularly blocked from entering conflict zones and areas near the Russian-Ukraine border, where Kyiv accuses Moscow of shipping in fighters and weapons.

With the Minsk accords being implemented piecemeal, Steinmeier said the sides were "still far away from political solution."

Germany and France, which are leading the Western diplomatic response to the crisis in Ukraine, have asked Kyiv to pass a key electoral law it committed to under the Minsk accords.

But political infighting and deadlock in Kyiv have stalled passing of the bill that would allow local elections in rebel-held Donbas and eventually give the region some form of special status.

Kyiv has resisted passing the law, arguing the border must first come under control of the central government or be monitored by an international force.

Steinmeier said the so-called Normandy Group – France, Germany, Russia and Ukraine – would meet on Thursday to give renewed momentum to both the ceasefire and the new electoral law.