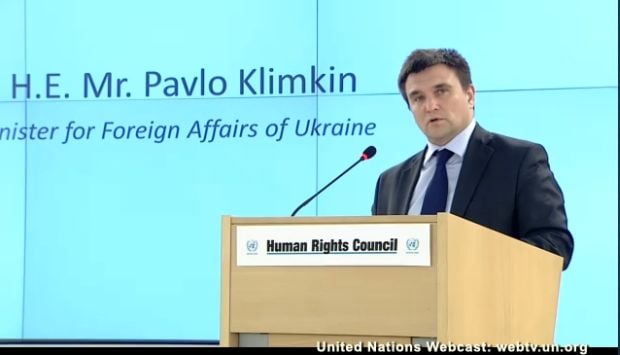 "Russian aggression against Ukraine has led to 9.000 deaths, more than 20,000 injured and almost two million displaced," he said, according to the official website of the Ministry of Foreign Affairs of Ukraine.

According to Klimkin, during these two years of aggression, a 40 000-strong army has been built up in Donbas, financed, equipped and maintained by Russia and commanded by Russian officers.

"Two years ago, when Ukrainians decided to defend their dignity and right to live in a free country, Russia came to our soil with arms and military personnel, as it first happened in Georgia in 2008," he said.