EU lawmakers demand sanctions on Putin, 28 others over Savchenko

Members of the European Parliament have urged EU foreign policy chief Federica Mogherini to impose personal sanctions against Russian President Vladimir Putin and 28 other individuals over the "illegal" treatment of Ukrainian pilot Nadia Savchenko, according to Radio Liberty. 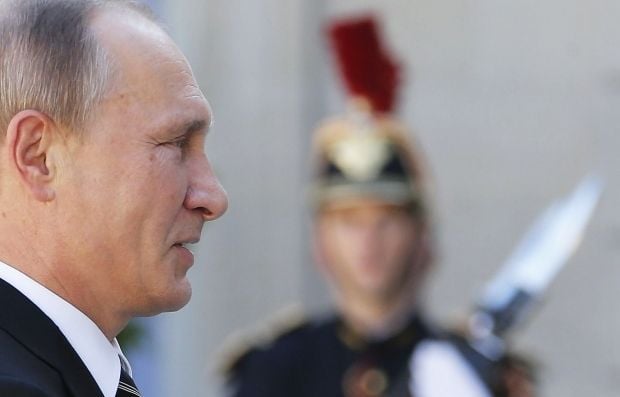 A March 8 letter signed by 57 European lawmakers names Russian individuals and pro-Russia separatists in eastern Ukraine accused of being "responsible for the political decision to kidnap" Savchenko, to "transport her to the territory of Russia, detain her unlawfully, and fabricate charges against her," RFE/RL wrote.

It also lists prosecutors, judges, and other individuals who are accused of fabricating evidence against Savchenko, declaring fabricated evidence to be legally valid in court, and lengthening Savchenko's detention while awaiting the conclusion of her trial for 20 months.

The letter says personal sanctions against Putin and the others should include EU visa bans, asset freezes, and the confiscation of all property within the territory of the European Union.