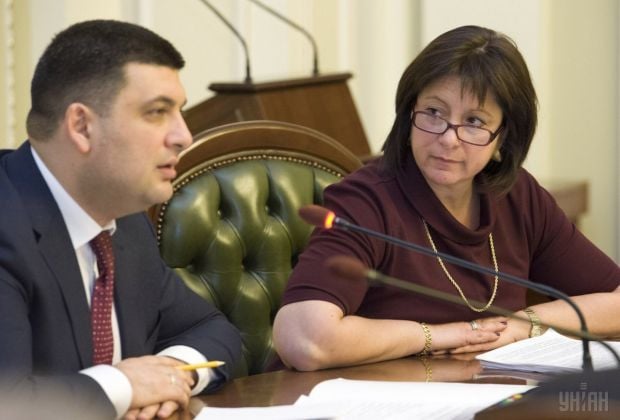 Ms. Jaresko was offered the prime minister's position more than 10 days ago by representatives of President Petro Poroshenko and Arseniy Yatsenyuk, the current premier. Both offered the support of their parliamentary parties and freedom from interference, said people familiar with the matter, FT wrote.

The former fund manager, who took Ukrainian citizenship to join the government in late 2014, spent last week working on an administration and program, they added.

But talks stalled late last week, with Mr. Poroshenko and Mr. Yatsenyuk apparently shifting to favor an alternative plan to make Volodymyr Hroysman, the parliament speaker, head of the government instead.

A senior official, speaking on condition of anonymity, told the Financial Times that Ms. Jaresko had not been ruled out as premier and was "still in the game."

Ms. Jaresko is highly regarded by investors and Ukraine's international partners, who would be likely to consider a technocratic government led by her as the best guarantee of continuing structural reforms and efforts to fight endemic corruption.

Ms. Jaresko is unlikely to agree to serve in such a government, people familiar with the matter say, which could jeopardize the support of lenders such as the International Monetary Fund.

A third scenario could be early elections. But these are unlikely to be held before the autumn, potentially throwing the country into six months of political uncertainty and derailing reform efforts in the meantime.

Mr. Poroshenko and Mr. Yatsenyuk want to avoid early polls, political insiders say, after a sharp fall in support for them and their parties. They fear their parties could lose MPs and votes to groups led by Yulia Tymoshenko, the former premier, and Mikheil Saakashvili, the former Georgian president who is now governor of Ukraine's Odesa region and is forming an anti-corruption party.