Poroshenko pledges peaceful return of Donbas to Ukraine within year 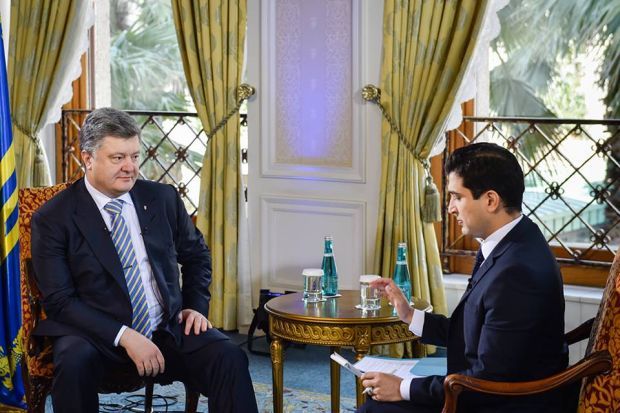 "Ukraine will get Donbas back peacefully within a year," said Poroshenko.

The President also noted that Ukraine adheres to its obligations of the first stage of the Minsk agreements.

"Stage 1 of Minsk agreements is ceasefire. Ukraine adheres to its obligations. Ukraine has withdrawn heavy weapons, Russia has not," said Poroshenko.

Read alsoErdogan reaffirms support for Ukraine’s territorial integrity, including Crimea"I hate being at war with Russia, but, as Commander-in-Chief, I must defend Ukraine," added the president. At the same time, he noted that Russia is using its propaganda against Turkey and international community.

Read alsoTurkey sets on path of economic, military rapprochement with Ukraine - DzhemilevPoroshenko stressed that "Ukraine seeks to join NATO," and sees this as an instrument guaranteeing eastern European security.