Nuland: Russia should not expect constitutional changes in Ukraine until Minsk deal implemented 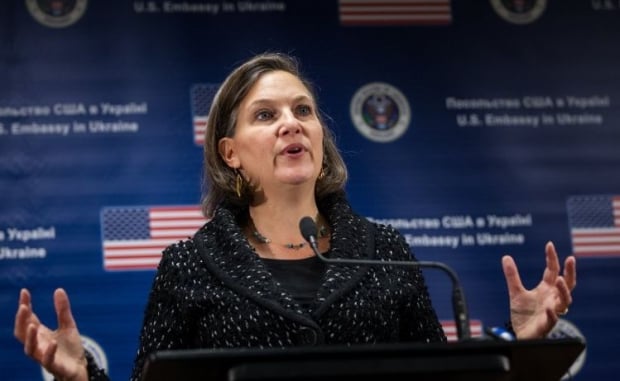 "Taking these steps now and releasing hostages will greatly improve the environment for compromise in Kyiv on election modalities and political rights for Donbas. In the meantime though, neither Moscow, nor self-appointed Donbas authorities should expect the Ukrainian Rada to take up key outstanding political provisions of Minsk, including election modalities and constitutional amendments before the Kremlin and its proxies meet their basic security obligations under Minsk," Nuland said at the meeting of the U.S. Senate Committee on Foreign Relations devoted to the issue of "Ukrainian reforms two years after the Maidan Revolution and the Russian invasion."

Read alsoNuland: Ukraine must clean up corruption, liberalize economy – VOAShe noted that at the early March meeting of Normandy Four Ministers, Ukraine supported concrete steps to pull back forces from the line of contact, to increase OSCE monitors and equipment in key hot spots, and to establish more OSCE bases deeper in Donbas and on the [Ukrainian-Russian] border.

Nuland also stressed that although the U.S. was not a party to the "Normandy process," it will remain very active diplomatically at all levels in Kyiv, Moscow, Paris, and Berlin to facilitate the implementation of both the political and safety provisions of the Minsk agreements and to assist the parties in making joint decisions.