Ukraine gets closer to new Cabinet with PM Groysman - media 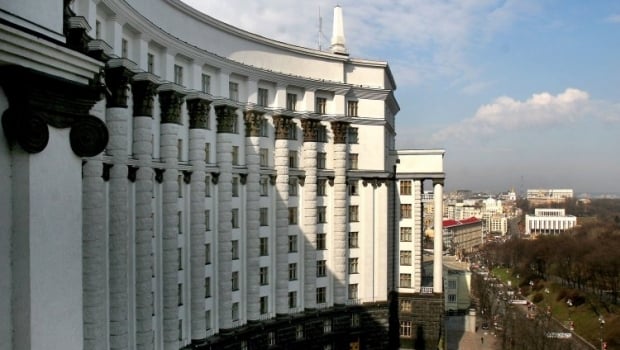 Head of the Presidential Administration Boris Lozhkin is named the potential Deputy Prime Minister, Minister of Economy, LB.ua reported, noting though that the progress of the negotiation process is changing very rapidly.

According to the looming configuration, Arseniy Yatsenyuk’s political force will retain five “chairs.” Head of the Ministry of Natural Resources is currently not defined as "bargaining continues " between BPP, Batkivshchyna and Radical Party. Radical Party leader Oleh Lyashko is reported to be willing to give up positions in the Cabinet in exchange for the post of a Rada Speaker.

Read alsoPoroshenko Bloc faction says it knows how to sack PM YatsenyukAccording to preliminary agreements, the State Fiscal Service  will be headed by Nina Yuzhanina, the article says.

The vote in the Verkhovna Rada is scheduled for next Tuesday or Thursday.

The source has also pointed out that almost all parties to negotiations opposed Natalie Jaresko’s appointment as prime minister, including BPP and People's Front. The latter was earlier reported to be willing to support Jaresko’s nomination but were later appalled by her intention to dismiss Interior Minister Arsen Avakov and Justice Minister Pavlo Petrenko, as well as by her government program “aimed only at fulfilling the list of the IMF requirements.” Batkivshchyna is reported to have agreed to any candidate except Yatsenyuk and Jaresko.

Read alsoPoroshenko hopes political crisis to be overcome before late MarchAnother source of the publication at the Presidential Administration, also directly involved in the negotiation process, opined that "Even four ‘chairs’ will be enough for Yatsenyuk – [in] the Ministry of Interior, the Ministry of Justice, the Education Ministry, and the Ministry of Transport. Negotiations on the fifth [chair] are continuing. Tymoshenko and Lyashko are another contestants for this chair.

At the same time, people in the Presidential Administration doubt that Oleh Lyashko will enter the coalition. In this case, only three participants - BPP, People's Front and Batkivshchyna will form the parliamentary majority, getting the lacking voices from among the non-faction MPs. Sources name Andriy Parubiy as a possible Rada Speaker.

At the moment, there is no clarity regarding the head of Ministry of Social Policy and the National Bank governor. A number of deputies from various factions stand against the incumbent NBU chief, Valeriya Gontareva, but no alternative to her has yet been offered at the President’s Administration. Meanwhile, Gontareva is ready to resign given Jaresko and Abromavicius leave their posts, according to the sources close to the NBU governor.

It is important to note that all mentioned details were discussed with the direct participation of Arseniy Yatseniuk, as he told his closest allies about them. However, according to them, he has not yet made a final decision. Thus, it is possible that Arseniy Yatsenyuk will make more efforts in order to stay in office. The progress of negotiations is changing very rapidly, the authors conclude.